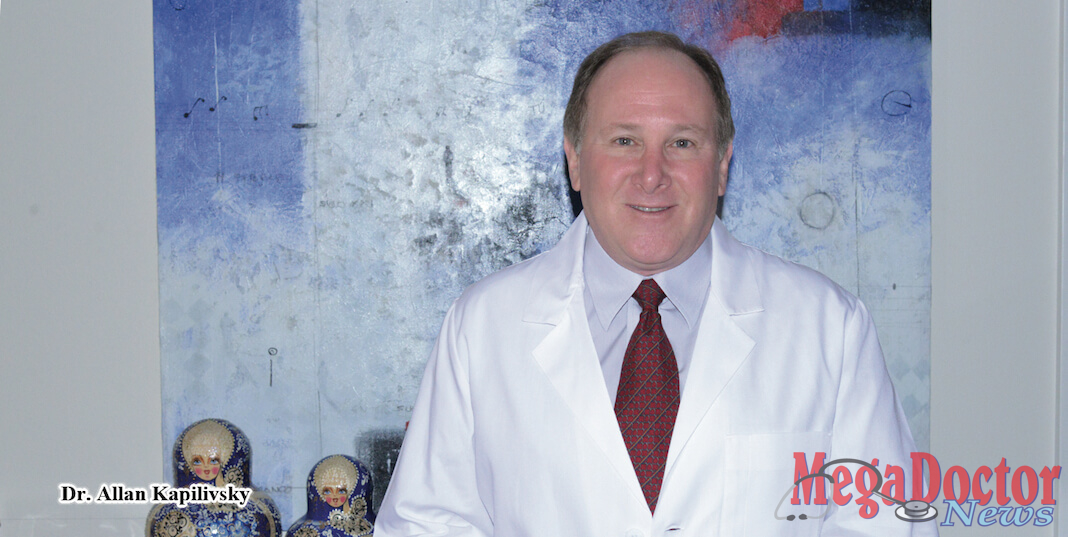 Dr. Allan Kapilivsky is a radiologist born in New York, however, he was raised in Lima, Peru. At an early age, his parents encouraged him to learn English, so even before coming to the United States, he was fluent in English.

His father, Dr. Jacobo Kapilivsky, a respected medical surgeon in Peru, is an important person in his life. His father was an inspiration in his choice of medical specialty to pursue, today, Dr. Kapilivsky is a successful radiologist. He also has Master of Business Administration (MBA) from Pan American University, now UTRGV.

Loving his profession as he does, makes it easier to face the daily challenges he encounters. Working together with physicians and medical entities is an arduous activity that takes place through the long hours of each day.

In this issue, get to know more about Dr. Kapilivsky, it’s an interesting article in the world of diagnostics.

Great news for everyone that is already on Medicare. You don’t need to do anything to get your new Medicare card — it will automatically be mailed to you. While the Medicare card is changing to protect your identity, your Medicare coverage and benefits will stay the same.

Two local physicians were distinguished by receiving an award from the National Hispanic Medical Association (NHMA). Dr. Gerardo Lopez-Mena, VP of Medical Affairs at DHR Health, and Dr. Michael Martinez, a bariatric surgeon at the DHR Bariatric and Metabolic Institute, both received the Young Physician of the Year Award from NHMA.

Knapp Community Care Foundation Board of Directors announced that it has funded 14 projects. These projects are helping strengthen relationships within surrounding communities and will receive $6.8 Million in Grants.

New Treatment for Pulmonary Embolism (PE) and Deep Vein Thrombosis available in Harlingen. An estimated 600,000 new cases of PE are diagnosed each year in the U.S.  Causing 60,000 deaths each year and it is considered the third most common cause of cardiovascular-related death in the United States. More in this issue.

There is now a new heart pump that cuts stroke, blood clot risk in patients with heart failure. Thanks to the HeartMate 3; it is the latest development in the HeartMate family of left ventricular assist devices (LVADs). The HeartMate 3 is a heart-pump system that helps the heart’s left ventricle deliver blood to all parts of the body.

The Heart & Vascular Center at Brigham and Women’s Hospital (BWH) is one of approximately 60 centers nationwide, and currently, the only one in Massachusetts participating in the clinical study of the HeartMate 3. The center is also one of the first to implant this potentially game-changing technology in mechanical circulatory support.

DHR Health announced that in recognition of its quality, experience, and excellence in the delivery of kidney transplant medical services, it is now officially certified as an Adult Kidney Transplant Program by the Centers for Medicare and Medicaid (CMS).

CMS certification is the highest quality indicator for a transplant program, and DHR is the only health system south of San Antonio to receive this seal of approval.

There is more in this issue, you’ll enjoy it!