Coronavirus Variant Means We Have to Vaccinate Faster 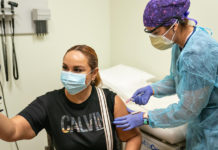 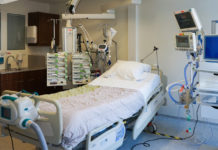 More Texans hospitalized with COVID-19, only 745 staffed ICU beds available in the State

On Sen. Schumer’s Objection to Passing the Bill:

“My bill is not going to sink the prospects of that larger package of legislation. What we have in front of us today is an uncontested bipartisan bill that we can pass today.”

“The Democratic Leader has now objected to the unanimous consent request to take up and pass a bill that he has called ‘good.’ He’s called it ‘well-intentioned.’”

On the Affordable Prescriptions for Patients Act:

“The American people simply should not have to put up with this. We need to stop companies from manipulating the system and keeping competitors tied up in the courtroom so that patients can start to feel some relief.”

“So this bill really checks every box. It protects innovation, it increases competition, and it lowers prices for patients and saves money for taxpayers.”

“I think it’s time that we pass this legislation and let our constituents know that we’ve heard their concerns and we are committed on a bipartisan basis to bring down drug prices.”

Senator John Cornyn, a Republican from Texas, is a member of the Senate Finance, Intelligence, and Judiciary Committees.