Dallas, Texas – The University of Texas Rio Grande Valley School of Medicine has won the Texas Medical Association-Medical Student Section (TMA-MSS) 2018-2019 Chapter of the Year Award for its efforts in community service and recruitment of TMA members. Medical students received the award at the TMA’s annual conference, TexMed 2019, earlier this month in Dallas.

In addition, medical students Amanda Arreola (MS4) and Sarah Miller (MS3) were elected to chair and vice chair, respectively, of the Medical Student Section Executive Council. Patrick Ojeaga (MS3), UTRGV TMA chapter president, and Jared Sperling (MS2) were chosen to be members of the TMA-MSS Board Council and serve on board committees.

Arreola, a member of the medical school’s inaugural class, said she is proud that subsequent classes have continued and expanded the chapter’s involvement.  “Wewere just setting it up, getting ourselves a presence established on campus, but they really took it and ran with it,” she said.

The TMA noted that UTRGV’s participation in TMA-sponsored events provided bicycle helmets to children and offered vaccinations to more than 60 residents. Otherinitiatives trained how to use proper bleeding control techniques to save lives and administer naloxone auto-injectors to stop the effects of an opioid drug overdose.

Of all the community service activities the chapter engaged in, students agree that the immunization event was among the most meaningful. Itwas an example of the School of Medicine fulfilling its mission to engage the communities it serves and provide excellent care.

“It was really great to see how students from all classes came together to administer vaccinations to our community members,” Sperling said. “To be able to partner with the StudentRun Clinic and positively impact our community as medical students is one of the many things that makes our school so unique and so special.”

“They make sure we’ve had places to stay, that we’re taken care of at conferences,” Miller said. “They always engage with us and they are a big part of why we are so successful as a chapter.”

Dr. John H. Krouse, executive vice president for Health Affairs and dean of the UTRGV School of Medicine, praised the medical students for their commitment to community service and offered congratulations on the recognition by TMA-MSS.

“These students have embraced the School of Medicine’s mission to serve the Rio Grande Valley community and advance health care in this region,” he said. “By engaging with Valley residents through showing them how to stop bleeding, offering vaccinations,and handing out bicycle helmets to children at health fairs, our students have been excellent ambassadors of the School of Medicine, demonstrating our commitment to improving the health and well-being of the people of the Valley.”

The Texas Medical Association (TMA) created its Medical Student Section in the 1970s to gain the student perspective among its members and receive input from medical students on TMA and American Medical Association’s (AMA) policy-making processes. The TMA-MSS now has more than 6,500 members.

The TMA began offering the Chapter of the Year Award in 1998 to recognize TMA-MSS chapters for their leadership, dedication, service to TMA and the AMA. 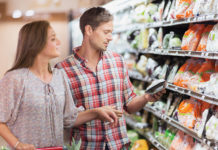 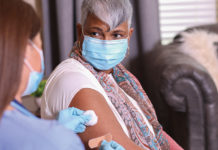 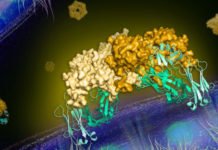