We at Mega Doctor News are very fortunate to meet, talk and to write about interesting people in the medical profession. This time we met with Dr. Elisa Garza Sanchez, a medical doctor with a specialty in psychiatry whose practice is in Pharr, Texas.

Dr. Garza Sanchez is an eloquent professional who is a joy to talk to. Her professional activity as a psychiatrist keeps her very busy but she still finds the time to write and to publish books. Primarily we met with her to talk about her field in psychiatry. She says that psychiatric services are very much in demand.

“Things have changed now, because before people with depression didn’t volunteer that information.” Dr. Garza Sanchez went on to say, “People in the past thought that needing a psychiatrist was equal to being crazy. That fortunately is changing because those that have come forward have received the proper attention to help them get well.”

The most common problems that she sees are depression in adults and usually attention deficit hyperactivity disorder with behavior problems in children. “We also see some cases of attention deficit in adults and that is called residuals,” she explained. Dr. Garza Sanchez continues, “Some people don’t grow over it and continue hassling with it,” she stated.

According to Dr. Garza Sanchez after they are treated with medication they do better or like she said “they do wonderful”. Mega Doctor News asked if they are cured to which she responded, “I wouldn’t say cured, but we control the residual behavior,” she said. Adults when treated by a professional work better because they concentrate and get things accomplished. “I have many patients that realized there was something wrong with them when they were younger and now as adults come to seek help. I have several professionals under medication and they do very well,” she said.

Aside from her practice, Dr. Garza Sanchez is a well-known book author. The first book she wrote is called “De Amores, Duelos y Otros Desconsuelos” in Spanish. When we first talked to Dr. Garza Sanchez she was working on the production of the second edition of the same book, which was sold primarily in Mexico. She told Mega Doctor News that the book is being used in the Pharr San Juan Alamo school district for the advanced Spanish classes. Dr. Garza Sanchez has a second book called “Untender Mercies” in English. This book has a collection of short stories on the intricacies of Doctor and Patient relationship. Both books will be translated soon. She also pointed out that is working on an English novel that will be released soon.

Dr. Garza Sanchez graduated from the Universidad Autonoma de Nuevo Leon in Mexico; she also did training and her residency there. Later, she did another training and residency at the University Of San Antonio Health Science Center – Psychiatry. She has been in practice for more than twenty years. She is a Psychiatrist and a licensed physician who specializes in the evaluation, prevention, diagnosis, and treatment of mental and emotional disorders. Elisa Garza Sanchez, MD practices at 905 South Jackson Rd in Pharr, Texas.

Written by Roberto Hugo Gonzalez the 2009 SBA Journalist of the Year Award Winner & The 2009 and 2012 Paul Harris Award.recipient 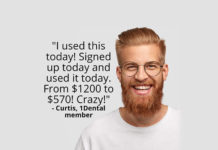 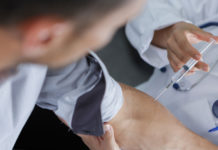 Virus Vaccine Timeline for Delivery Start at the end of November...