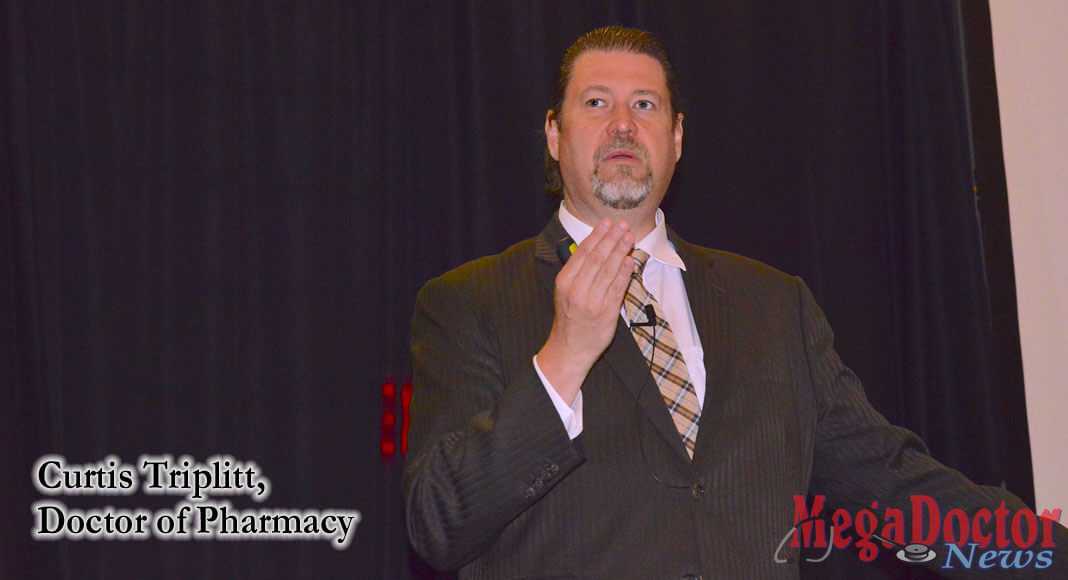 Dr. Curtis Triplitt is a Doctor of Pharmacy and a certified diabetes educator who works at the University of Texas Health Science Center at San Antonio. He became part of the faculty during the 26th Annual Rio Grande Valley Medical Education Conference & Expo put together by the Continued Medical Education Committee at Knapp Medical Center.

Dr. Triplitt, is at the Texas Diabetes Institute in San Antonio, Texas, also an Assistant Professor in the Department of Medicine, Division of Diabetes. He also holds the appointment of Clinical Assistant Professor of Pharmacy with the Clinical Pharmacy Program at the UTHSC-San Antonio.During this important event, he lectured about Type 2 diabetes and how physicians may be able to treat it better.

He said that we were moving into an arena where there are so many medications available that doctors are getting confused about which ones are best. One of the things he is trying to emphasize is the individualization of the different drugs and how they fit different patient populations in order so that they can be used optimally but still be cost-effective.

Dr. Triplitt said, “It’s important that we balance out with the side effects for our patients because many patients have different factors to consider.” He continued, “When choosing a drug, we should consider not only how they work but also the side effects contraindications, ease of use, and also what’s become very important lately are there effects on cardiovascular disease?”

He also said that many of the medications now are actually becoming indicated for reducing the risk of cardiovascular disease. “But, how do you use it in your practice?” Those were some of the points Dr. Triplitt covered during his talk.

Do medicines kill because of the side effects? “It is possible every medication just like vitamin C at high doses can kill you, as well.” He said, “All medications should be taken seriously and balanced against situation of the patient in front of them. So, most medications when used safely, help patients.”

Dr. Triplitt elaborated that in rare instances when they’re used inappropriately, they can hurt people. It’s important to know the signs and symptoms of those situations where you might find that a person is at risk of being harmed not health.

Are we winning the battle against diabetes? “We’re doing better, and we’re holding our own, but we’re not winning.” He said, “We’re finding that A1Cs are steady; we’re also finding that important outcomes such as cardiovascular disease are going down. Though it’s still the number one killer in our community.”

Dr. Triplitt said that diabetes is definitely something that needs to be emphasized. “I think there are some simple points that medical professionals need to know. Number one is that early on in the treatment of type 2 diabetes when it’s easy to not be aggressive. It is exactly the time to be aggressive with glycemic control because it’s important to get their glucose under control.” He continued, “That’s when we need to get the A1C down as low as possible for as long as possible. Later on, when the Type 2 diabetes patients have had the disease for 10, 15, 20 years, then we can be a little more lenient with the A1C goals. I would say less than seven as a minimum as far as an A1C.”

Have you studied the demographics in the Rio Grande Valley and how diabetes is affecting these population? “Of course, I know Starr County is one of your counties that just has so much diabetes even the same as San Antonio, we can barely understand how much diabetes you have.” He said, “Yes, we are absolutely aware. I also serve as the vice chair of the Texas Diabetes Council and it’s clear to us that the Valley is a hotbed, unfortunately, for diabetes.”

Dr. Triplitt said that education of the population on the subject is important through different programs, especially things that help patients to be aware. “Once they’re aware it’s a choice. That’s where all of us come in helping people make healthier choices as opposed to less healthy choices.”

Do you have good news for us? “The good news is that we are reducing the risk of complications, stroke, heart attacks, the risk of amputations have gone down, also the risk of renal disease has gone down over the last 10 years.”

Dr. Triplitt said the positive results are because we are doing the right things. “We just have to keep moving forward educating people at a more aggressive level. So, we can decrease the risk of all these complications that no one wants,” he finalized.