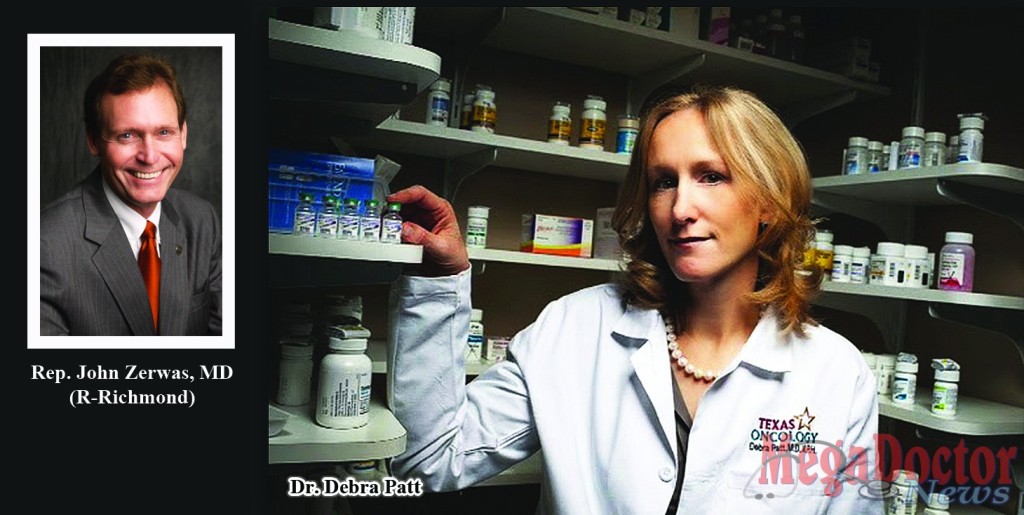 Big news: A vaccination is available to prevent a cancer. The vaccine, when given to preteens, can help prevent them from contracting oropharyngeal cancer, a head-neck cancer affecting the throat and tonsils. Human papillomavirus (HPV), for which a vaccine is available, causes more than 70 percent of oropharyngeal cancer cases. This particular head and neck cancer recently became the most common cancer that HPV causes, even more common than cervical cancer.

About 39,500 people will get oral cavity or oropharyngeal cancer in 2015, and 7,500 people will die from these cancers, according to the American Cancer Society. During Oral, Head and Neck Cancer Awareness Month in April, Texas physicians want to encourage parents to get their adolescents vaccinated.

“We now understand that HPV is an important risk factor for head and neck cancer,” said oncologist Debra Patt, MD, MPH, MBA, of Austin, and a member of  the Texas Medical association’s (TMA’s) Committee on Cancer. “I have so many patients, mostly men, affected by this disease, and knowing that this is now largely preventable makes prevention efforts more important.”

HPV is the most common sexually transmitted infection in the nation. More than half of sexually active people will have the virus sometime in their lives.

Dr. Patt said stopping the HPV infection can help prevent the cancer. That’s why doctors recommend HPV vaccination for boys and girls. And getting the vaccination before they are exposed to the HPV virus, which is transmitted through intimate skin-to-skin or sexual contact, is important.

The HPV vaccine, which requires three shots over a six-month period for full coverage, is safe and effective. The current vaccine, introduced in 2006, protects against cervical and other genital cancers, along with genital warts. Health researchers recently developed an improved HPV vaccine to provide even greater protection.

“Unfortunately, many individuals will remain at risk because their parents made a decision not to vaccinate them against HPV and protect them from oropharyngeal and other cancers,” said Dr. Patt.

In Texas, less than half of boys aged 13-17 years (48 percent) completed the vaccination series, according to the 2013 National Immunization Survey — Teen. For girls, the vaccination rate is higher, with 74 percent completing the series.

One Texas legislator, Rep. John Zerwas, MD (R-Richmond), wants to see those numbers improve. Rep. Zerwas recently introduced House Bill 1282, which calls for the creation of a strategic plan for HPV-associated cancer. The bill seeks to increase vaccination and screening rates and reduce the amount of HPV-related cancer illness and death. MDN