McAllen, Texas – The University of Texas School of Medicine is expanding its research endeavors-and taking UTRGV one step closer to becoming an Emerging Research university-with the opening of its new Biomedical Research Building here.

The School of Medicine celebrated the opening of its Biomedical Research building Wednesday, March 13, with officials from the City of McAllen, its teaching affiliate OHR Health, local and state dignitaries and the community.

The building, located at 5300 N. L St. (near the intersection of Jackson Road and Dove Avenue), will provide laboratory, classroom and collaborative space for investigators working in the areas of cancer, diabetes, neurodegenerative disorders, and other areas of research important to the Rio Grande Valley community. This modern facility was made possible through a collaborative effort of UTRGV, OHR Health and the City of McAllen. The city donated the land and the building, located on OHR Health’s South Campus, will be leased to UTRGV by OHR Health and OHR Real Estate Management, L.L.C.

“This new facility allows us to continue our work together to build an academic health center, a place where the next generation of health care professionals and scientists train, but as in Dallas. and San Antonio, and Houston, the place where medical breakthroughs happen and where patients receive the world’s best care,” said John H. Krouse, MD, PhD, MBA, executive vice president for Health Affairs at UTRGV and dean of the School of Medicine.

The building will house researchers from the Departments of Neuroscience, Human Genetics. Immunology and Microbiology, and Molecular Science. It will also be the home of the School of Medicine’s new cancer immunology institute.

“We are so proud to have the UTRGV Biomedical Research Facility right here in McAllen, as we are proud partners in developing the medical school, the students and the researchers in our community that will benefit so much from the work that will be undertaken in the building,” said McAllen Mayor Jim Darling. “We are both working towards the health and welfare of our citizens, for creating improved lives and bright and hopeful futures. As the school grows and succeeds, so will our community.”

“In order for us to continue to develop our research program at the School of Medicine we need additional laboratory space,” Tsin said. “The day the building opens, it will be all occupied.”

“There’s a lot of things we couldn’t have done because of the limitation of space and facility and we hope this will be the beginning of our large expansion of research in the School of Medicine,” Tsin said.

Future plans for the building include adding examination rooms and patient sample rooms for the School of Medicine’s clinical research endeavors, Tsin said.

Tsin said the future expansion will allow researchers to take their findings in laboratories into the clinical setting to see if some of the new discoveries are safe and will be applicable and effective in developing interventions.

“We are all very excited about being able to expand our research enterprise and facility and, particularly, the first that is close to a major hospital, so clinicians can now collaborate with research scientists,” Tsin said. “Our residents and medical students can go between the hospital and research labs.”

The University of Texas Rio Grande Valley (UTRGV) was created by the Texas Legislature in 2013 as the first major public university of the 21st century in Texas. 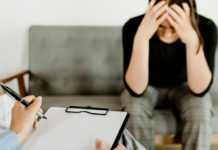 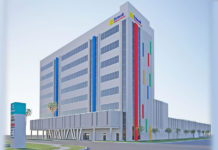 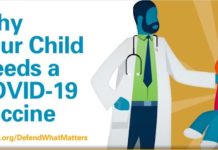 Kids 12 and Up: Get a COVID Shot, Physicians Urge