Through the years Mega Doctor News has encountered very capable professionals who perform their duties in an admirable way. It is not easy to achieve this level, however … only those who have the right combination of unique qualities become the real heroes in medicine.

Mega Doctor News has been reporting for the past year about Dr. Ameer Hassan, his numerous accomplishments, and his passion to bring solutions to a health problem that has become critical for many people in the Valley.  As the Valley’s first specially trained Endovascular Neurologist, Dr. Hassan and the Stroke Team at Valley Baptist Medical Center in Harlingen are providing Valley patients with a longer time window in which to survive strokes.  A stroke or “brain attack” occurs when oxygen-carrying blood is cut off to the patient’s brain by blockages in blood vessels.

Dr. Hassan serves as Clinical Director of Endovascular Surgical Neuroradiology, Neurocritical Care, and Clinical Neuroscience Research at Valley Baptist Hospital. He is a New Jersey native who is passionate about stroke treatment, advancing neuroscience research and above all providing the best care for his patients. This is why Dr. Hassan has been selected to be our Mega Doctor for the month of June 2013.

In July 2012, Dr. Hassan performed the first endovascular / interventional stroke procedures south of San Antonio at Valley Baptist. This is great news for the entire Valley, because it gives patients a greater chance to potentially survive strokes and hopefully minimize disabilities.

Previously, stroke-reversing medications could only be given if the patient arrived at the hospital within three to four hours after stroke symptoms began.  But Dr. Hassan’s new interventional stroke procedures can be performed up to eight hours or more into a stroke.  Dr. Hassan said in some cases the new procedures can be used up to 12 to 24 hours after symptoms begin — to treat those who wake up paralyzed or with other stroke symptoms which set in overnight.

“This enables us to double the time window for treatment – and to treat many more stroke victims,” Dr. Hassan said. “Basically, we are giving people a chance – people who otherwise would have poor outcomes after a stroke.”
Even though the advent of endovascular stroke procedures is a huge advancement for the Valley, Dr. Hassan stresses that treatment is still more effective the sooner it is started after the onset of stroke symptoms.  “Time equals brain,” he says.  Therefore, residents who suspect a loved one or other person is having stroke symptoms should call 911 immediately.

During the endovascular stroke procedures, Dr. Hassan uses special equipment in a new biplane lab / neurovascular angiography suite at Valley Baptist Hospital, to guide a catheter (thin tube) through a blood vessel in the patient’s groin (leg) area and up to the artery in the neck.  In some cases, Dr. Hassan inserts tiny medical devices to clear blockages in the blood vessels — allowing blood and oxygen to once again reach the patient’s brain. In other cases, Dr. Hassan may administer a clot-busting medication called TPA through the catheter.

“Our goal is to improve treatment for our patients – so that we don’t have disabled or dead patients,” he says.

Dr. Hassan graduated from Rutgers-University of Medicine and Dentistry of New Jersey and completed his neurology residency at the same university.  He completed his fellowship in Stroke, Neurocritical Care, and Endovascular Surgical Neuroradiology at the University of Minnesota (Fairview Hospital and Hennipin County Medical Center) in Minneapolis, Minnesota.

Because of Dr. Hassan’s dedication to improve Valley patients’ chances of surviving strokes, we are very proud to have selected him as our Mega Doctor for June 2013. MDN 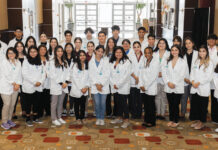 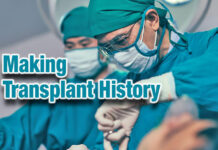