Through the years Mega Doctor News has encountered very capable professionals who perform their duties in an admirable way. It is not easy to achieve this level, however … only those who have the right combination of unique qualities become the real heroes in medicine.

Mega Doctor News has been reporting for the past year about Dr. Ameer Hassan, his numerous accomplishments, and his passion to bring solutions to a health problem that has become critical for many people in the Valley.  As the Valley’s first specially trained Endovascular Neurologist, Dr. Hassan and the Stroke Team at Valley Baptist Medical Center in Harlingen are providing Valley patients with a longer time window in which to survive strokes.  A stroke or “brain attack” occurs when oxygen-carrying blood is cut off to the patient’s brain by blockages in blood vessels.

Dr. Hassan, who serves as Clinical Director of Endovascular Surgical Neuroradiology, Neurocritical Care, and Clinical Neuroscience Research at Valley Baptist, is a New Jersey native who is passionate about stroke treatment, advancing neuroscience research and above all providing the best care for his patients. This is why Dr. Hassan has been selected to be our Mega Doctor this month.

In July 2012, Dr. Hassan performed the first endovascular / interventional stroke procedures south of San Antonio at Valley Baptist. This was great news for the entire Valley, because it gives patients a greater chance to potentially survive strokes and hopefully minimize disabilities.

Previously, stroke-reversing medications could only be given if the patient arrived at the hospital within three to four hours after stroke symptoms began.  But Dr. Hassan’s new interventional stroke procedures can be performed up to eight hours or more into a stroke.  Dr. Hassan said in some cases the new procedures can be used up to 12 to 24 hours after symptoms begin — to treat those who wake up paralyzed or with other stroke symptoms which set in overnight.

“This enables us to double the time window for treatment – and to treat many more stroke victims,” Dr. Hassan said. “Basically, we are giving people a chance – people who otherwise would have poor outcomes after a stroke.”             Even though the advent of endovascular stroke procedures is a huge advancement for the Valley, Dr. Hassan stresses that treatment is still more effective the sooner it is started after the onset of stroke symptoms.  “Time equals brain,” he says.  Therefore, residents who suspect a loved one or other person is having stroke symptoms should call 911 immediately.

During the endovascular stroke procedures, Dr. Hassan uses special equipment in a new biplane lab / neurovascular angiography suite at Valley Baptist, to guide a catheter (thin tube) through a blood vessel in the patient’s groin (leg) area and up to the artery in the neck.  In some cases, Dr. Hassan inserts tiny medical devices to clear blockages in the blood vessels — allowing blood and oxygen to once again reach the patient’s brain. In other cases, Dr. Hassan may administer a clot-busting medication called tPA through the catheter.

“Our goal is to improve treatment for our patients – so that we don’t have disabled or dead patients,” he says.

Dr. Hassan graduated from Rutgers-University of Medicine and Dentistry of New Jersey and completed his neurology residency at the same university.  He completed his fellowship in Stroke, Neurocritical Care, and Endovascular Surgical Neuroradiology at the University of Minnesota (Fairview Hospital and Hennipin County Medical Center) in Minneapolis, Minnesota.

Dr. Hassan is no longer the student, but the professor.   He serves as Assistant Professor of Neurology and Radiology with the University of Texas Health Science Center-San Antonio. He also co-chairs the Critical Care and Neuroscience Committees at Valley Baptist, as well as serving as a member of the hospital’s Cardiac Committee.

While preparing for this feature story, Dr. Hassan was informed that an abstract he presented at an American Heart Association’s (AHA) conference was selected as being among the top 10 percent of abstracts in the nation.  To honor Dr. Hassan’s top-scoring abstract, the American Heart Association invited him to re-present it as a poster presentation at their “Scientific Sessions 2013” in Dallas this November.

“This is the premiere cardiovascular conference in the world, with over 20,000 professional attendees,” Dr. Hassan told Mega Doctor News. His scientific research will receive great visibility at the conference.  There will be much discussion about his abstract, which is entitled, Should Aphasic Ischemic Stroke Patients Undergo Pre-procedural Intubation prior to Endovascular Treatment?

The work and dedication of Dr. Hassan is unique; he is always looking to share his findings and knowledge with the medical community of the world, in search of solutions to challenging health problems.  In fact, he presented findings from his treatment of stroke patients in the Valley at the International Stroke Conference in Honolulu, Hawaii in February of this year. His presentations there included two oral presentations and four poster presentations, including one entitled “National Trends in Utilization and Outcomes of Emergent Carotid Artery Stent Placement in Acute Ischemic Stroke Patients”.  In his conclusion to this study, Dr. Hassan stated, “there has been significant increase in the proportion of acute ischemic stroke patients receiving emergent carotid artery stent placement, with high rates of favorable outcomes and low rates of in-hospital mortality.”

He has co-authored numerous book chapters and continues to be actively involved in research as the Principal and Co-Investigator for several clinical trials, such as PLEASENoCTP, POINT, ATACH-II, CILOSTAZOL, SHINE and SAPPHIRE.

Dr. Hassan has also won numerous awards, including the Alumni Achievement Award at the University of Medicine and Dentistry of New Jersey in 2005; the Zeenat Qureshi Award at the American Society of Neuroimaging Conference in 2011; the American Academy of Neurology Institute’s 2012 Annual Meeting Award; and the Cecil J. Watson Award in April 2011 for outstanding research achievement by a resident/fellow in clinical medicine.  Currently, Dr. Hassan serves as the lead investigator for research which is continuing at Valley Baptist.

Dr. Hassan is married to Summer Hassan and they have two children.

Because of Dr. Hassan’s dedication to improve Valley patients’ chances of surviving strokes, we are very proud to have selected him as our Mega Doctor for June/July 2013. MDN 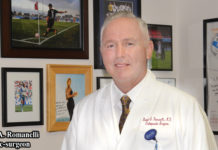 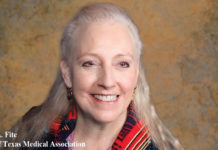 The Telehealth Revolution Is Here to Stay