BROWNSVILLE, TEXAS – APRIL 14, 2014 – In 2013, after a prolonged court battle, Dr. Eloisa G. Taméz, Associate Professor of Graduate Nursing at The University of Texas at Brownsville, received compensation from the U.S. Government for constructing the 18-foot iron fence that cuts her property in two.

“I see myself as a custodian of this property,” she said. “This was my parents’ property – they worked hard to get it, to keep it, to pass it on to us – and so I want their names to be remembered forever, in a meaningful way. The loss of that portion of land and the compensation that came about as a result of it – to me, the best way to use that money is to put it into a scholarship fund for advanced nursing degrees.”

With funds from the settlement, Tamez is establishing the José Cavazos García and Lydia Esparza García Scholarship Endowment in honor of her late parents.

“The property that was inherited by my father, José Cavazos García, is part of the San Pedro de Carricitos Land Grant.” Taméz said. “The original size of the land grant was 12,000 acres, and we have three acres; but those three acres are just as valuable to us, as a family, as the 12,000 acres, because of what it means to us to have land. From land, we – my parents, my father, my grandfather – carved a life for us because they were both farmers.”

Taméz recalls her father’s hard work on the family’s three acres along the Texas-Mexico border in El Calaboz, about 14 miles west of Brownsville, Texas. She remembers her father behind the plow pulled by the family horse, Gardenia, and she often thinks of her mother making a paste from the golandrina plant – for compresses to soothe the pain in her father’s eyes.

“His goggles were not enough protection from el azufre – the sulfur – that he would sprinkle from a burlap sack onto the vegetables, waging war against insects,” she said. “I remember how hard it was for my father, to see that we had those crops – plowing and planting, and the watering, that was done mostly at night when it was cooler, and the sulfur that seeped into his goggles. These memories have stayed with me all these years.”

Taméz knew from the time she was a sophomore at San Benito High School that she wanted to become a nurse.

“I was very fortunate to be the recipient of a scholarship,” she said. “It was given by the Cameron/Willacy County Ladies Auxiliary – and that paid for all my education at St. Mary’s Hospital School of Nursing in Galveston.

After successfully achieving her nursing degree at St. Mary’s, Taméz continued her education, receiving her Bachelor of Science in Nursing from University of the Incarnate Word in San Antonio. Her master’s and doctoral degrees were earned from The University of Texas Health Science Center at San Antonio. After a 27-year career with the U.S. Department of Veterans Affairs, Taméz decided to enter academia.

“I always believed that I needed to return to the Valley so that I could be a role model to Hispanics who may want to go into nursing,” she said.

Just as she received a scholarship that launched her career in nursing, Taméz hopes the José Cavazos García and Lydia Esparza García Scholarship Endowment will serve a similar purpose for nurses seeking the Master of Science in Nursing.

“This scholarship fund will help individuals who are going to be safeguarding the health of the people in the community,” Taméz said.

Saturday, May 3 will be the 80th anniversary of the marriage of Mr. and Mrs. José García. Contributions to the José Cavazos García and Lydia Esparza García Scholarship Endowment in the couple’s memory may be sent to Laurie Howell, Executive Director for University Relations, 956-882-4334 or laurie.howell@utb.edu or online at UTB Giving. 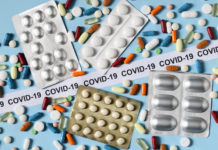