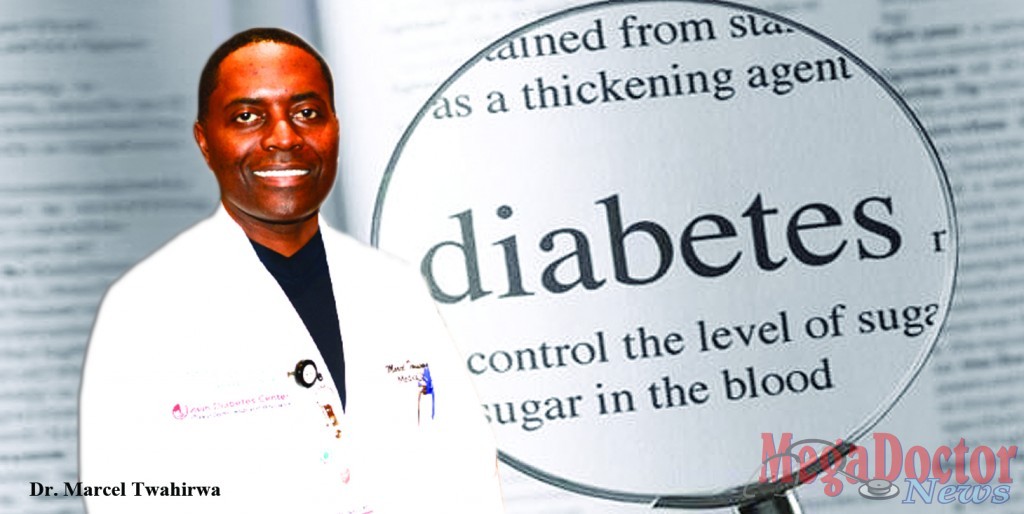 While it’s reassuring that death rates are declining, the number of Americans diagnosed with diabetes has more than tripled since 1980, making the need for innovative medicines greater. With nearly more than 29 million people affected by diabetes, which is among the top 10 causes of death in the United States, the Rio Grande Valley has a lead just as other states in the union.

Recently, Mega Doctor News had the opportunity to meet with Dr. Marcel Twahirwa,  an Endocrinologist and the Medical Director at Joslin Diabetes Center Affiliate at Doctors Hospital at Renaissance. He is better known as Dr. Marcel.

He took over the facility since the beginning of operation of Joslin in May 2011.

When this happened it was a very important event because there was nothing like this in South Texas.

Since then, what have you seen? Have we gained an advantage on this killer disease? “Well, we have gained but we’re not going to change diabetes in three years or in a decade but for sure we’re going to put a dent in it.” He also said, “If we build up from that momentum and never give up we will make a change in diabetes.”

Dr. Marcel also said that in the last three years Joslin Diabetes Center affiliated with Doctors Hospital at Renaissance has worked to make sure that the community and the entire country understands that we have diabetes and that we’re doing something to change the outcome. He also pointed out that the opening of Joslin was the ambition and the goal of DHR to bring the best to the Valley, which is what’s happening now.

“If we can team up with our bariatric center and treat diabetes surgically in addition to what we do in our offices this can only get better.” Dr. Marcel believes that they will make a significant impact in changing diabetes in this community.

Since you took over the Joslin Center, what has been the challenge for you? “The challenge is the same, there are just too many diabetics this is what the general doctors in the community see.   When you have 40% of the population obese and maybe 75% of the population either obese or overweight; you are going to have multiple case of diabetes.  That’s going to be the major challenge,” he said.

He stated that decreasing the amount of obesity patients in the community; they will certainly have some impact on the prevalence of diabetes.

In his additional comments, Dr. Marcel said that South Texas is no longer the old South Texas that was often ignored and thought about as just being another part of the area that did not matter.  “I think that with the medical community here, especially DHR, that is changing the lives of the people in South Texas and also changing that perception of South Texas in the eyes of the country.