A decision on the location for the proposed administrative headquarters for The University of Texas Rio Grande Valley will be postponed indefinitely in order to focus on more pressing priorities, such as providing classrooms and research facilities for students and faculty – a move that will directly benefit not only the campus population but the entire region, President Guy Bailey announced today.

Since taking on the role as the new university’s inaugural president in June, Bailey has spent much of his time visiting campuses and developing a plan to fulfill the mission of UTRGV as envisioned by The University of Texas System Board of Regents.

“At this critical time in this process of establishing a brand new university and medical school, I believe it is much more important for me and my administrative team to be on our campuses throughout the Valley as much as possible and interact directly with students, faculty and staff,”  Bailey said. “We have many needs and priorities, including building labs and classrooms and launching a research center for diabetes and obesity. A central administrative building may one day be needed, but other needs must take precedence right now.”

Bailey said he there are currently 3,000 students attending classes in rental spaces because of a lack of adequate facilities and he wants to address that immediately. He is also eager to jumpstart groundbreaking research that will attract star students and faculty and improve life in South Texas.

“I can’t in good conscience endorse building an administrative building when I know we have pressing needs for students and faculty,” Bailey said. “Also, my presence on all of our campuses in Brownsville, Edinburg, Harlingen, McAllen and Rio Grande City, as opposed to an administrative office, is important. We will never have this moment again – the beginning of this ambitious endeavor – and I want to spend this time where it matters most. I want to be at the heart of UTRGV and if that means traveling throughout the Valley, that’s what I will do.”

In March, the UT System posted a request for proposals to seek offers for the most suitable site for the administrative headquarters for UTRGV. The System received 25 proposals from various municipalities, organizations and private individuals across the Rio Grande Valley, and a committee at UT System has been reviewing how the proposals match up with the posted criteria.

Kirk Tames, the UT System’s executive director of real estate and chairman of the committee, said the response was tremendous and committee members were extremely impressed with the quality of the submitted proposals. UT System leaders, including Chancellor Francisco G. Cigarroa, M.D., expressed appreciation to all those who submitted proposals for their enthusiasm and commitment to UTRGV.

But ultimately, Cigarroa said, this decision is the right move at this time.

“I wholeheartedly support President Bailey’s wise decision to not proceed with the construction of an administrative headquarters when there are facilities we should first provide to benefit students and faculty. I admire his commitment to spending all of his time on UTRGV’s campuses even though it will mean travel and long days for him and his team,” Cigarroa said. “We have accomplished much on this road to establishing UTRGV and the school of medicine, but there is still much to be done. This is an honorable step by President Bailey and it is indicative of where he places his priority. Clearly, he puts students first.” 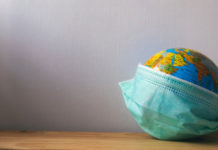 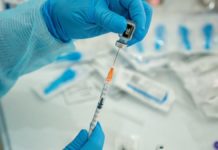 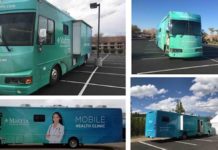