Written and Produced by Erika Ender, Sergio George and Andy Clay “Cuenta Conmigo” is Part of Univision’s Multi-Platform Campaign to Ensure a Fair and Accurate Count of the Hispanic Community

MIAMI – Uforia, the Home of Latin Music, today announced the release of “Cuenta Conmigo,” (Count With Me) a musical anthem featuring top Regional Mexican artists created to motivate and inspire Hispanics to participate in the 2020 U.S. Census. The song is part of Univision’s broader multi-platform community empowerment campaign that includes PSAs and special programming on Univision’s networks, local television and radio stations, and digital properties aimed at ensuring a fair and accurate count of the Hispanic community.

The anthem was written and produced by some of the most talented, prolific and award-winning creatives in Latin music today, including:

“We believe that music is a catalyst in bringing our community together and we’re excited to partner with these great artists to convey a message of unity and civic duty to our audience,” said Jesus Lara, President of Radio, Univision. “Through the power of music, Univision is bringing to life our commitment to inform, empower and entertain Hispanics in America and ensure a fair and accurate count.”

“Cuenta Conmigo” is available starting today on UforiaMusic.com and fans can also listen by tuning into select Uforia radio stations across the country, including:

Additionally, through a partnership with Universal Music, “Cuenta Conmigo” will be available on all digital streaming platforms on Monday, April 6th 2020.

The cumbia version of “Cuenta Conmigo” is the first release of Uforia’s initiative to increase awareness of the 2020 Census and drive the community to participate through the power of music.

Univision’s broader Cuenta Conmigo campaign is a year-long campaign that leverages the company’s media portfolio to demonstrate the importance of the Census and to encourage the Hispanic community to help ensure a fair and accurate count by participating in the Census. The effort includes a nationwide Census Day programming roadblock on April 1 across all of Univision’s network shows; PSAs featuring network news and radio personalities airing on TV and radio, respectively; weekly network radio segments; in-depth national and local news coverage, among others. The company also partnered with Sesame Street Workshop to create a PSA aimed at informing Univision’s youngest viewers about the importance of being counted. Across digital, animated video explainers, social media toolkits, infographics and Facebook Lives are providing audience members with real-time updates and instructions on how to support and complete an accurate 2020 census count. Census information is used to determine funding for healthcare, education, infrastructure, and other issues in addition to proportional representation. 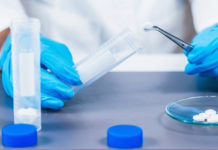 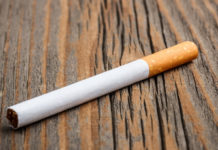