Home News Mega Doctor Strokes Not Exclusive to the Elderly, Now Showing Up in the Mid-Thirties 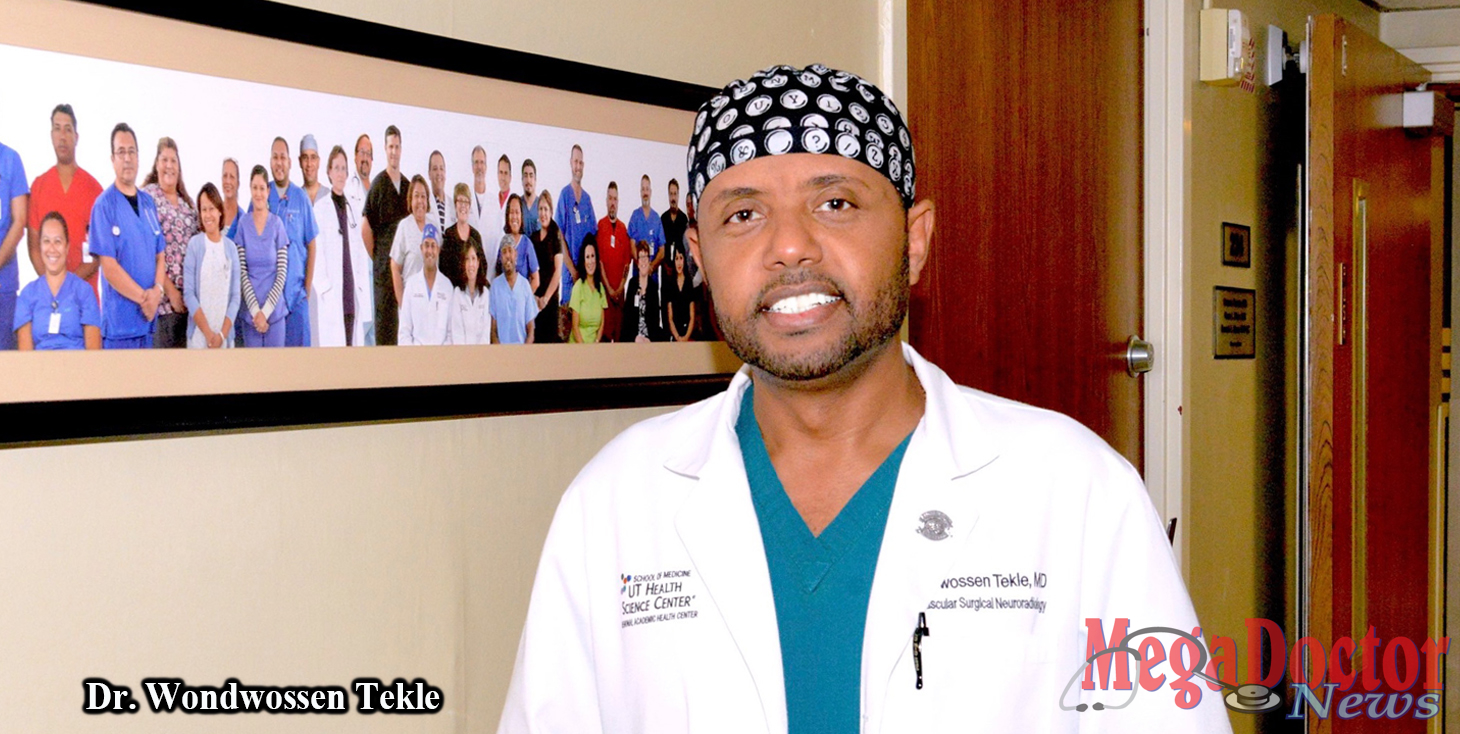 Endovascular neurology in the Valley became uniquely important when stroke patients turned their ordeal into a happy ending of survival. The arrival and the timing of physicians knowledgeable in this field have changed the outcome for many in the Valley.

Dr. Wondwossen Tekle, an endovascular neurologist, is the Director of the Stroke Program and Neurocritical Care at Valley Baptist Medical Center in Harlingen. He has been working in Harlingen since August of 2013.

Since its inception in February 2018, he has been the Co-director of the Endovascular Surgical Neuroradiology program at McAllen Medical Center.

Dr. Tekle is originally from Ethiopia, in East Africa; it is a place of ancient cultures and civilization. It is a rugged, landlocked country split by the Great Rift Valley.

He told Mega Doctor News, he attended medical school at the Addis Ababa University. He graduated from medical school in early 2001. After finishing, he dedicated three years to work in humanitarian work for international organizations including the United Nations International Children’s Emergency Fund, UNICEF, and Doctors Without Borders, as a consultant for their emergency disease outbreak response programs in 2002 and 2003.

“After finishing four years of internal medicine and neurology combined, I attended the University of Minnesota to do two sub-specialties. The first sub-specialty is in stroke and neurocritical care. The second subspecialty that I did is in Endovascular Surgical Neuroradiology,” he explained.

Since his arrival in the United States, his time has been dedicated to learning highly specialized trainings, which has made a big difference in this part of the world. He recently graduated from the Global Clinical Scholars Research Training program at Harvard Medical School.

Dr. Tekle believes that we are winning the battle against strokes in the Valley, but he said, “There is a lot that needs to be done. We have come so far to defeating stroke today compared to just a few years ago. Even if you took the early days when my partner Dr. Hassan and I were in training, doing our sub-specialty, there was not even a marginally effective device that allowed us to go into the brain and remove blood clots.”

He pointed out that 2015 was the turning point in this field; it is when highly effective devices were approved by the Food and Drug Administration (FDA) and accepted by the international community. Dr. Tekle said, “Now we have many such devices that allow us to treat strokes quickly and effectively.”

He explained that stroke treatment has three main components, the first and most important one is to prevent it by effectively treating the risk factors that predispose someone to have a stroke in the first place. He said, “These risk factors are very prevalent in the Valley and include high blood pressure, diabetes, and obesity.”

Dr. Tekle added that the food culture in the Valley needs to encourage adding more fruits and vegetables in the mix. Modifying eating habits and engaging in regular exercise is the most impactful aspect of preventing strokes.

“The second component is acute treatment of stroke which is like putting out the fire.” Dr. Tekle said “I use the phrase putting out the fire because once a blood vessel in the brain is blocked, the consequent lack of oxygen and nutrients starts to kill the highly sensitive human brain cells and the process of cell death worsens over time.  The blocked vessel needs to be reopened quickly in order to stop this rapidly progressive cell death.”

The way we open the blocked vessel is by giving “clot-busting” medications through the IV to try to dissolve the clot and if that doesn’t do it and if it’s a big pipe that is blocked, we use catheters to physically travel to the brain and remove the clot – a treatment called thrombectomy.

Stroke treatment has grown in the Valley over the last few years, most hospitals are now capable of injecting the IV clot-busting medicine. According to Dr. Tekle, three hospitals are providing endovascular thrombectomy. “Between Valley Baptist-Harlingen and McAllen Medical Center, and now Doctors Hospital At Renaissance; comprehensive stroke care is being offered to the Valley’s patients,” Dr. Tekle said.

The prevention part seems to be easy; however, it has become an abysmal challenge. That is, getting across a message to the community, a word that would sound off the alarm, and for them to react and make a simple change in their lives, like eating more fruits, vegetables, and adding physical activity, and not be overweight.

He said that many people have had family members who have gone through the horrible experience of a stroke, and they know the consequences. He said, “They saw their loved ones suffering, going through the devastations of stroke.”

He continued, “Even with all these great treatments that we can provide nowadays, still a lot of people are not benefiting. Mostly because they come too late and treatments are not as effective.”

Do you think that one of the solutions could be that the school districts in South Texas start a mandatory class to train schools kids how important it is to add more vegetables and fruit to their diet?

“Yes,” Dr. Tekle agreed, “Absolutely I agree with you. There is data to suggest that plaque buildup starts early in childhood. In fact, the earliest that has been observed in children is as early as five years. Now childhood obesity is becoming a big problem and it could lead to development of stroke risk factors and metabolic syndrome and all kinds of cardiovascular diseases including stroke later in early adulthood.”

Dr. Tekle said, “It’s not uncommon to see strokes in patients who are in the mid-thirties.” When he was in medical school almost 23 years ago, strokes were only thought to be found in the elderly.

In March 2019, Luke Perry, best known for his role as Dylan McKay on the TV series Beverly Hills 90210, died after having a massive stroke; he was 52.

Dr. Tekle said, “John Singleton died in April of 2019 after suffering from a stroke. The director was just 51 years of age.” Singleton was well-known for his 1991 film, Boyz n the Hood.

Singleton and Perry were young, and both died from stroke. Dr. Tekle said that this was not exclusive for the elderly who are 65 and over. In the United States, strokes happen to people under 45 years of age, too. The risk factors like diabetes, high blood pressure, high cholesterol, and cigarette smoking can contribute to strokes.

In 2015, Perry went public with news that precancerous growths had been found in his colon. He said he had changed his diet to cut down on red meat, switching to more fish, grains, and fiber. He urged others to get screened, as he had.

One of the messages that Dr. Tekle and Dr. Hassan have been spreading aside from prevention are the symptoms of stroke, which are caused by either a blood clot or bleeding in the brain.

Stroke symptoms come on quickly. The symptoms include sudden numbness, tingling, weakness or loss of movement in the face, arm or leg, especially on one side of the body. Vision changes and difficulty speaking are frequent, as are confusion and problems with balance. Brain damage can begin within minutes of a stroke’s start, which is one reason that acting quickly to treat a stroke is so important.

As a matter of fact, doctors developed the acronym FAST, to help people recognize symptoms of stroke and get help quickly. FAST stands for: Face drooping, Arm weakness, Speech difficulty, and Time to call 911.

Dr. Tekle said that he and Dr. Hassan had been part of multiple national studies using new technology on stroke treatment. He said, “As you know, multiple devices got approved, and Valley Baptist Center was a site for many clinical trials that led to the approval of those devices.” Adding that, “Most of us that work in this field have different ideas concerning how a device should work.”

He also told Mega Doctor News, that he and Dr. Hassan have ideas and are working on them individually and as a team. However, they are not ready for prime time yet.

Dr. Tekle is also actively engaged with Ethiopian government health officials and entrepreneurs to help establish an academic Neurointerventional and stroke program in Ethiopia where these services are lacking for most of Ethiopia’s nearly 105 million population.

Dr. Tekle is married to Fasika Amdermariam Yohannes. He said, “Ethiopian women keep their last names, they don’t take their husband’s last name, this is a cultural thing.”

Dr. Tekle was excited to talk to Mega Doctor News and said, “Well, it is an exciting time for stroke care in general right now. Very effective devices are being developed and coming to the market in all kinds of sizes and shapes.”

“The time window for stroke treatment continues to expand. For the IV clot buster, it used to be only three hours, and then it was extended to four and a half hours a few years ago. Now with new studies suggesting we’re looking at nine hours or beyond for the clot buster if an MRI can be done,” he said. As more studies get published corroborating with this revolutionary approach of imaging-based patient selection for treatment of stroke (as opposed to the previously used one-size-fits-all type time-based criteria), it will become the standard of care very soon.

He also pointed out that the thrombectomy, which is the procedure that involves going into the brain and removing blood clots, has already been extended to 24 hours based on imaging criteria. “Imagine, just about a year ago we could only do it up to 6 hours. The field is advancing rapidly.”

“Also, lots of exciting research is happening in the area of “neuroprotection.” Many neuroprotection agents are promising with a potential to either facilitate healing of the injured brain or help further extend the time windows so that even more stroke patients can benefit from the life-saving treatments of acute stroke. So, I think we are beating stroke,” he finalized.

Written by Roberto Hugo Gonzalez, the 2009 SBA Journalist of the Year and a 2009 and 2012 Paul Harris Fellow Award recipient. 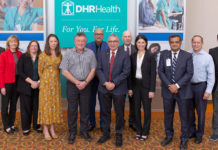 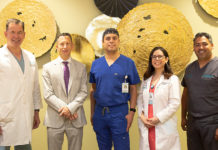