By M. Ray Perryman, The Economist

States have begun to announce major projected budget shortfalls. Some estimates put the national total at $500 billion. The COVID-19 pandemic has not only decreased revenues but also increased the need for state spending. The result is large gaps and looming calamity. Many states are asking the federal government to include relief in future stimulus packages. Some leaders in Washington have even suggested that states file for bankruptcy, but that has many adverse and disruptive consequences and is likely unconstitutional.

In Texas, total State revenue in fiscal 2018 was nearly $120.2 billion. Of that amount, 46% came from taxes. The other 53.7% is mostly federal income (33.0% of total revenue), with a variety of categories including licenses and fees, lottery proceeds, and land income comprising the remainder.

The retail sales tax accounted for nearly 27% of total revenue for the year. Other large sources of funds were motor vehicle sales taxes (4%), motor fuels taxes (3%), and franchise taxes (3%). With the economy basically shut down for weeks on end and only reopening gradually, all of these revenue streams are down drastically. While people are still buying food, it is generally tax exempt (as are medicines).

Looking at where Texas spends money, the largest category by a wide margin is public assistance payments (including Medicaid), with outlays of $45.4 billion in fiscal 2019. Intergovernmental payments totaled $27.8 billion and include funds for schools, among other things. Other notable categories include salaries and wages, employee benefits, highway construction and maintenance, professional services and fees, and many other areas directly improving the wellbeing of Texans.

Even as revenues plummet across a broad spectrum, pressure on outlays will rise. With about 1.3 million initial jobless claims filed over the past few weeks, the need for social assistance is rapidly rising as people are out of work and under financial duress. Tax revenues to local entities have also fallen even as needs escalate.

Fortunately for Texas, the State’s Rainy Day Fund has been growing well over the past decade, totaling $12.5 billion about a year ago and continuing to increase (thanks primarily to strong growth in oil production prior to the recent price collapse). The legislature also typically builds in a little cushion in the biennial budgets. Nonetheless, it’s not a good situation, and it’s likely to get substantially worse. It will be terrifically challenging, but Texas is in a much better position to weather the crisis than most, irrespective of what the Federal government does. Be safe!!

Dr. M. Ray Perryman is President and Chief Executive Officer of The Perryman Group (www.perrymangroup.com), which has served the needs of over 2,500 clients over the past four decades. 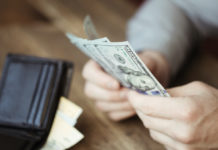 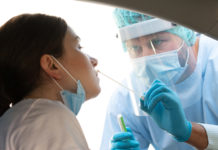