CLEVELAND CLINIC – According to the CDC, the number of pediatric melatonin ingestions reported to poison control centers has increased during the past decade.

The agency said a majority of the children in these cases didn’t experience any symptoms, however, some required hospitalization and at least two died.

“I think a lot of people don’t view herbal supplements, or vitamins, or things like that as having any potential danger. I talk to patients about that all the time because things that are natural, or things are not prescription medication, does not mean that there can’t be some complications or dangers involved with using them, so we still need to be careful,” explained Gina Robinson, MD, pediatrician for Cleveland Clinic Children’s.

Dr. Robinson said another issue with melatonin supplements is that there aren’t any federal recommendations when it comes to how much to give a child, so a parent could accident give their child a bigger dose than needed.

She said melatonin supplements really should be a last resort for helping kids fall asleep and stay asleep.

Instead, parents should consider the other factors that could be playing a role in their child having difficulty sleeping. For example, do they have a regular bedtime routine or a chance to wind down before they go to sleep?

She also notes some parents may think their child has sleep issues, when they’re actually waking up a normal amount during the night.

“If you go into their room and think your child is not sleeping well or they’re restless, if you go in and just step back for a minute, you might realize that they’re doing just fine,” said Dr. Robinson. “But if you rush in and try to do something right away, then you’re actually adding the interruption in the sleep cycle instead of helping.”

Dr. Robinson said signs of a melatonin overdose can include nausea, dizziness and headaches.

If you are concerned about your child’s safety, she recommends calling poison control right away. 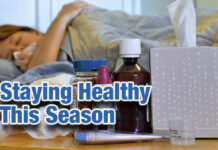