Carlos R. Villalta, M.D. worked on the subject since the first computer was developed in the 1980s 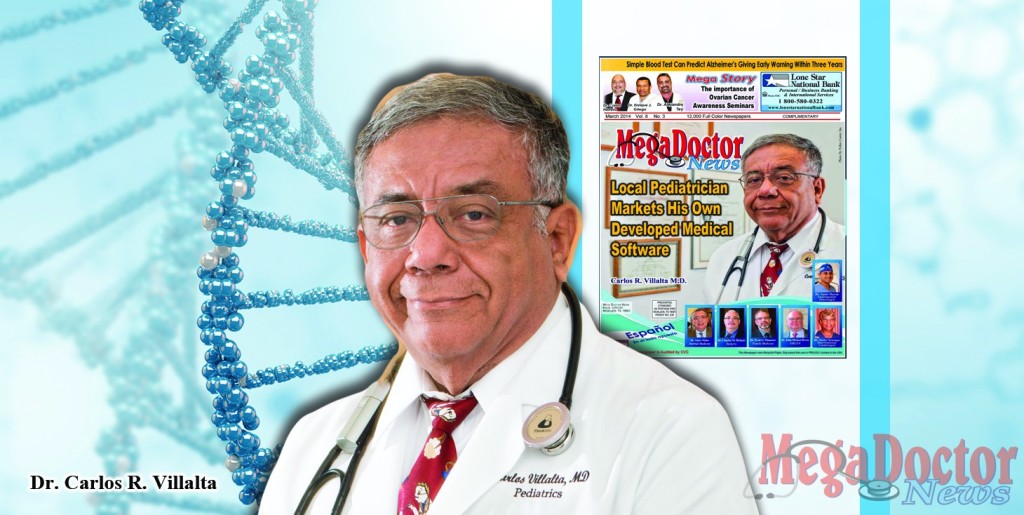 Carlos R. Villalta, M.D., is a pediatrician with over 20 years experience in this field and was once a member of the American Medical Informatics Association. At a meeting in Washington DC in 1984-1985, a former IBM developer stood up and stated that it was good to see so many in the medical field present and interested in the technology.

He went on to say that when a major medical association was approached, they showed no interest at the time and saw no future benefit. He remembers that they used to offer the computer to anyone that might have a use for it.

He told Mega Doctor News, IBM representatives went to all the industries asking if they had any use for the technology, everybody said, “No.”

So they even went and visited with a major medical association and nobody had any use for the computer. Next, they asked the industry secretaries if they would use such technology and they replied, “Yes, we can type letters.”

Today, he is marketing his own computer software. For this purpose he formed a company called DRV Medical Systems (DRVMedSys). “It is a small software company dedicated to products specifically tailored for physicians in private practice, solo practitioners, or part of a small group,” he told Mega Doctor News.

In addition they offer inexpensive alternative software without all the ‘bells and whistles’ and extra features that are hard to use or not necessary.

Dr. Villalta said, “The design and concept of these software programs, is the vision of a physician attempting to solve real problems with innovative solutions from the ground up with capabilities to add features as the industry changes without the increased cost of other systems that are geared toward multiple varieties of settings leaving many complex problems to be solved with patches.”

Dr. Villalta, who during his medical practice worked placing the child’s health first, has applied the same dedication towards the development of this new medical software.

He said the Medical Software systems they have developed are MD Clock, MD ICD-9, MD Rx, Zip Code Locator and Area Code Locator, as well as others that are in development.

The MD Clock is an easy way to keep track of employee schedules. The design is simple with the every-day user in mind. An employee simply enters his/her username and password and selects the appropriate event like: Regular Shift, Lunch/Dinner, Education, Student, Call Back or Leaves Premises.

Dr. Villalta emphasizes that the software was designed simple, so anyone can use it without problems. He pointed out that with each event, the employee has the choice to select IN or OUT. By doing so, a record is created that can later be viewed, by an Administrator, in the Reports section of the program.

“The reports will calculate collected work hours and overtime based on current Labor Commission rules. A gross income report will print per pay-period for each employee with an area to write in specific deductions for your business. At this time, the system does not automatically calculate deductions,” he said.

Aside from being a user-friendly software system it is also clever because Administrators and Supervisors will have access to adding new hourly rates, as increases occur. They will also have access to creating events, when necessary, to complete a pay period.

He said that in setting up a work schedule for employees, you have the option of using Weekly, Biweekly, Bimonthly, and Monthly. Before any pay-period data is closed, the Administrator/Supervisor can review the data entered by employees to ensure adherences to the assigned work schedules.

And this is when it gets very clever, “In the likelihood an employee leaves for the day and forgets to clock-out, he/she will be unable to clock-in the next day. An Administrator/Supervisor will have to manually create an event clocking-out the employee before the employee will be allowed to self clock-in for this new day,” Dr. Villalta stated.

Mega Doctor News published this article on March 2014, to continue reading the rest of the story follow the link that will take you directly to the complete to the article: https://j.mp/carlosvillaltamd MDN

Previous article
Published February 2014 – The Beauty of Sight and the Doctor that Can Get It Back
Next article
Published April 2014 – Retired Air Force Lt. Col. Carlos Ayala Sets Up ENT & Facial Plastic Surgery Practice in Edinburg, Texas