One idea currently getting a lot of attention is increasing the minimum wage to $15 per hour. A wage floor is an artificial impediment to the smooth functioning of the labor market, but one with some justification. It’s complicated.

In a country rich in natural. capital, and human resources, the adoption of a minimum wage is a matter of choice. In making this decision, the US opted (beginning in 1938) not to be globally competitive in certain low-wage sectors and to build our economy around higher value-added industries. The vast majority of Americans concur with this approach, and the results speak for themselves. The challenge is to get it right.

The proponents of a $15 universal minimum wage, who are predominantly well-intentioned but misguided, often cite the notion of a “living wage.” This concept has merit but ignores salient facts. Slightly over 2% of the workforce and only 1% of full-time workers are paid at or below the minimum wage. Many of these employees are teenagers, retirees supplementing their incomes, or secondary earners.

For the economy to work properly, wages must be generally tethered to productivity. There are key sectors, such as hospitality, which could not support an increase of this magnitude. An unfortunate outcome of a $15 minimum wage would be fewer jobs available for those that the measure is designed to help. There are very real problems associated with the working poor, but more than doubling the minimum wage is not the solution.

Similarly, there are substantial variations in the industrial compositions, educational levels, and cost structures around the country. A $15 minimum may well be appropriate in some areas, but not all. The Texas economy could not absorb an increase of that magnitude without disruptions.

Some level of minimum wage hike may well be warranted. It’s been over a decade since the last adjustment. The US raised the federal minimum wage in 2007-09 from $5.15 to $7.25, which seemed to work well and was not an impediment to the recovery from the Great Recession.

One reasonable approach could be adjusting to the same level of purchasing power as in 2009 (about $8.75). Periodic recalibration helps to assure that the underlying objective is maintained. Different areas of the country could continue to make adjustments compatible with their economic structures and priorities.

Finally, as noted, there are valid reasons to reassess the minimum wage, but a stimulus bill is not the proper vehicle. Minimum wage changes are a poor stimulus mechanism. They are diluted and occur only gradually. The purpose of a stimulus package is to immediately juice the economy, and funds should go to individuals and firms that will quickly spend them. As I said, it’s complicated. Stay safe!

Dr. M. Ray Perryman is President and Chief Executive Officer of The Perryman Group (www.perrymangroup.com), which has served the needs of over 2,500 clients over the past four decades. 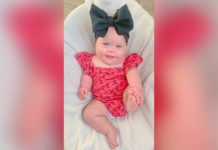 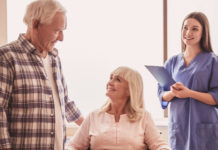 If You are 75 Years of Age or Older, You are Needed for an Important Study