Newswise — New York, NY – A team of Mount Sinai surgeons has performed the world’s first human tracheal transplant—an achievement that has the potential to save the lives of thousands of patients around the world who have tracheal birth defects, untreatable airway diseases, burns, tumors, or severe tracheal damage from intubation, including those who had been hospitalized with COVID-19 and placed on a ventilator. Until now, no long-term treatments existed for these patients with long-segment tracheal damage, and thousands of adults and children have died each year as a result.

Surgeons have been unable to transplant this organ in large part because of the complexity of providing blood flow to the donor trachea, leaving patients with long-segment tracheal disease no option for treatment. Mount Sinai’s historic procedure resulted from 30 years of research that focused on how to revascularize, or provide blood flow to the trachea, and understanding the biology of the organ.

The 18-hour procedure took place on Wednesday, January 13, and was led by surgeon-scientist Eric M. Genden, MD, MHCA, FACS, the Isidore Friesner Professor and Chair of Otolaryngology – Head and Neck Surgery for Mount Sinai Health System and Professor of Neurosurgery, and Immunology, at the Icahn School of Medicine at Mount Sinai. The complex surgery involved a team of more than 50 specialists including surgeons, nurses, anesthesiologists, airway specialists, and residents.

“For the first time, we are able to offer a viable treatment option to patients with life-compromising long-segment tracheal defects, and this development will change the standard of care. It is particularly timely given the growing number of patients with extensive tracheal issues due to COVID-19 intubation. Because of both mechanical ventilation and the nature of the COVID-19-induced airway disease, tracheal airway disease is precipitously increasing, and now we have a treatment. Our trachea transplantation and revascularization protocol is reliable, reproducible, and technically straightforward,” says Dr. Genden. “For years, the medical and scientific consensus has been that trachea transplantation could not be done because the organ’s complexity made revascularization impossible, and every previous attempt to perform in-human transplantation ended in failure. This surgical achievement is not only the culmination of 30 years of research that began when I was a medical student at Mount Sinai, but was also made possible by the spirit of collaboration that exists at Mount Sinai.”

The trachea transplant recipient is a 56-year-old female social worker from New York City. She had severe tracheal damage due to repeated intubation after an asthma attack; several failed surgical attempts to reconstruct her trachea led to even further damage. She breathed through a tracheostomy—a surgically created hole in her neck—and was at high risk of suffocation and death because of the progression of her airway disease and likelihood of her trachea collapsing. The fear of going to sleep and never waking up was the patient’s main motivator to undergo the experimental procedure.

During the procedure, the Mount Sinai surgical team removed the trachea and the associated blood vessels from the donor. Then, the surgeons reconstructed the trachea in the recipient from the lungs to the larynx and performed a series of microvascular anastomoses, connecting the small blood vessels that nourish the donor trachea with the recipient’s blood vessels. Surgeons used a portion of the esophagus and thyroid gland to help provide blood supply to the trachea, which led to successful revascularization. Ultimately, this procedure allowed the removal of the recipient’s tracheostomy, giving her an opportunity to breathe through her mouth for the first time in six years.

“Despite extensive research on the vascular supply to the organ using human and animal models, there is no real way to fully prepare for conducting a first-ever in-human transplantation such as this,” Dr. Genden said. “For example, we had no guide for how well the graft would tolerate transplantation, so we worked very quickly. Eighteen hours later, it was clear we had accomplished what many said could not be done. Ultimately, everything went smoothly because we assembled a strong team with extensive surgical expertise in organ transplantation and tracheal reconstruction. Seeing the graft come alive and knowing that the organ was well vascularized was an amazing experience. Knowing that this procedure and 30 years of research will save countless lives was indescribable. It is why we do what we do, to make a difference.”

The patient has had no complications or signs of organ rejection and doctors are monitoring her closely to assess her progress and reaction to antirejection therapy. Their observations will inform the development of Mount Sinai’s Tracheal Transplant Program, enabling Dr. Genden to offer this therapeutic approach to patients nationwide and internationally.

“Mount Sinai has had many firsts and this extraordinary effort was the result of Dr. Genden’s vision, skills, and perseverance—as well as the strength and trust of this incredible patient,” said Sander S. Florman, MD, The Charles Miller, MD Professor of Surgery and Director of the Recanati/Miller Transplantation Institute at Mount Sinai. “The Transplant Institute is proud to support Dr. Genden’s efforts and to have the experience to help make this a new possibility for these patients.”

“From the beginning, Mount Sinai has demonstrated excellence and innovation in patient care, and the work of Dr. Genden and the surgeons who made this transplantation both possible and successful builds on that legacy,” says Kenneth L. Davis, MD, President and Chief Executive Officer of Mount Sinai Health System. “Through ongoing collaboration and research, we continue to advance our understanding of complex disease and find solutions for complex medical challenges. This transformational surgery is possible because of the clinical and research partnerships at Mount Sinai.”

“I applaud the entire Mount Sinai team for pioneering the first successful tracheal transplant. This historic procedure shows that organ and tissue donation is an evolving field that continues to heal and save lives in new and meaningful ways. It is important to remember that this procedure would not have been possible without the selfless organ donor who chose to give the gift of life. If you have not done so, please consider signing up as an organ, eye, and tissue donor. You too can save a life,” explains Helen Irving, President and Chief Executive Officer of LiveOnNY, the organ procurement organization that Mount Sinai worked with to receive the trachea donor.

Click on the link below to learn more about Mount Sinai’s Tracheal Transplant Program:

About the Mount Sinai Health System

The Mount Sinai Health System is New York City’s largest academic medical system, encompassing eight hospitals, a leading medical school, and a vast network of ambulatory practices throughout the greater New York region. Mount Sinai is a national and international source of unrivaled education, translational research and discovery, and collaborative clinical leadership ensuring that we deliver the highest quality care—from prevention to treatment of the most serious and complex human diseases. The Health System includes more than 7,200 physicians and features a robust and continually expanding network of multispecialty services, including more than 400 ambulatory practice locations throughout the five boroughs of New York City, Westchester, and Long Island. The Mount Sinai Hospital is ranked No. 14 on U.S. News & World Report’s “Honor Roll” of the Top 20 Best Hospitals in the country and the Icahn School of Medicine as one of the Top 20 Best Medical Schools in country. Mount Sinai Health System hospitals are consistently ranked regionally by specialty and our physicians in the top 1% of all physicians nationally by U.S. News & World Report. 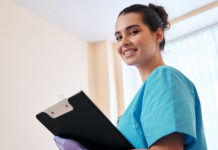 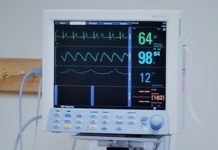