By University of California San Diego

Newswise — Being a smoker makes it more likely for a person to have severe COVID-19 symptoms, require hospitalization or die, which may explain a sharp decrease in smoking behavior among the Danish population during the pandemic, according to new research.

The study from the University of California San Diego’s Rady School of Management. reveals that cigarette purchases among regular smokers decreased by about 20-30% and quitting rates increased by about 10 percentage points from March 2020 to January of 2021. Regular smokers not only purchased cigarettes less frequently, they also cut down on the quantity.

“The pandemic led to reductions in physical activity, increases in stress and declines in mental well-being, all factors commonly associated with triggering higher tobacco use; however, we find evidence of sustained decreases in smoking, which could be a bright spot in the pandemic,” said Sally Sadoff, corresponding author of the study and associate professor of economics and strategy at the Rady School of Management. “The health risks associated with COVID-19 and smoking may help some smokers overcome a key barrier to quitting – that the enjoyment of smoking is felt in the present and health costs are usually felt in the future.”

The paper published in the journal Communications Medicine shows that declines in smoking were sustained for at least the first year of the pandemic and quitting rates lasted at least six months. These findings suggests COVID-19 may lead to a persistent decline in smoking.

“Though we cannot make an apples-to-apples comparison to the U.S. due to data limitations, we suspect there was a decline in smoking in this country and others during the same time period,” Sadoff said.

This study is the first to utilize cigarette sales data for both smokers and non-smokers during the pandemic, rather than survey information. The data in the study were made available through Spenderlog, an app that allows users to track their spending on groceries.

Sadoff and co-authors analyzed the grocery purchasing data of 4,042 Danish residents who use the Spenderlog app. The sample is largely representative of the Danish population in terms of age, ethnicity, socioeconomic status and education level.

The researchers find that weekly cigarette purchase rates declined by 24% and average quantities declined by 12% between March 2020 and the end of that year.

However, the data also reveals that social smoking had a slight increase during this same time.

“Contrary to some assumptions, social distancing was not reason there was a drop in smoking because our data reveals that regular smokers, those more likely to smoke alone and those at the highest health risk from smoking, had the strongest reaction to the threat of COVID-19,” Sadoff said.

She continued, “If the decline in smoking we document persists, not only could it help decrease the risks from COVID-19 as new variants emerge, but also have meaningful, longer-term benefits on population health and life expectancy beyond the pandemic.”

The paper “Sustained decline in tobacco purchasing in Denmark during the COVID-19 pandemic” was co-authored by Toke R. Fosgaard of the University of Copenhagen and Alice Pizzo of the Copenhagen Business School. 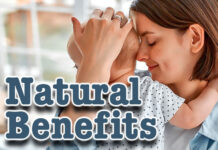 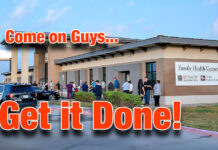 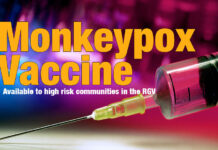