Rio Grande Valley, Texas – The University of Texas Rio Grande Valley has received a grant that will help provide training for parents and home-based caregivers looking after children with autism spectrum disorder.

Dr. Hsuying Ward, a UTRGV associate professor with Human Development & School Services in the College of Education of P-16 Integration and principal investigator on the program, said the grant is from the Texas Higher Education Coordinating Board (THECB) under the Autism Grant Program: Parent-Directed Treatment.

The grant promotes treatment focused on the needs of parents in Lower Cameron County, where 856 families have children who identify with Autism Spectrum Disorder within the Brownsville Independent School District, Los Fresnos Consolidated ISD and San Benito CISD.

The program will utilize the 4C’s, which build: Capacity, Connections, Cognition and Confidence for parents of elementary school age children with Autism Spectrum Disorder.

“We will have parents participate through self-identifying their individual needs, and we can identify what the parents think they need to grow in these four areas,” Ward said. “We will have parents come in and talk about what they need, and we will get technology to help them access resources that are already available.”

“This grant is to help parents gain knowledge and skills, and most importantly, their confidence,” she said.

Currently, there are two support groups in Cameron County for families who have children with ASD: Familia Azul, and Autism in My Life.

“Those two groups have many members and they support parents by hearing information at workshops,” Ward said. “If we can get parents who have not yet had the chance to network with other parents, we want that to happen, because the more we do that, the more resources we get to have for them to address their children’s needs.”

Ward will work with both groups to help connect families in the Lower Valley.

“There are a lot of resources out there for parents, but some aren’t able to access them because they either don’t know it exists or how to access that kind of information,” she said.

Ward said the program will consist of mini workshops and four large workshops annually where graduate students will be able to learn and participate in the workshops.

Graduate assistant Lety Bedolla will be helping with collecting data, sending out surveys and organizing data.

“We are going to start with a lot of small group meetings – in one or two months, I can see about five to 10 meetings. And then we are going to let them have a meeting with an iPad and learn new things through online resources,” she said. 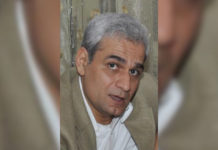 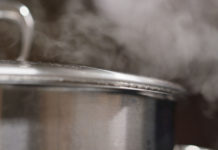 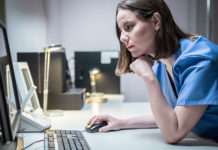