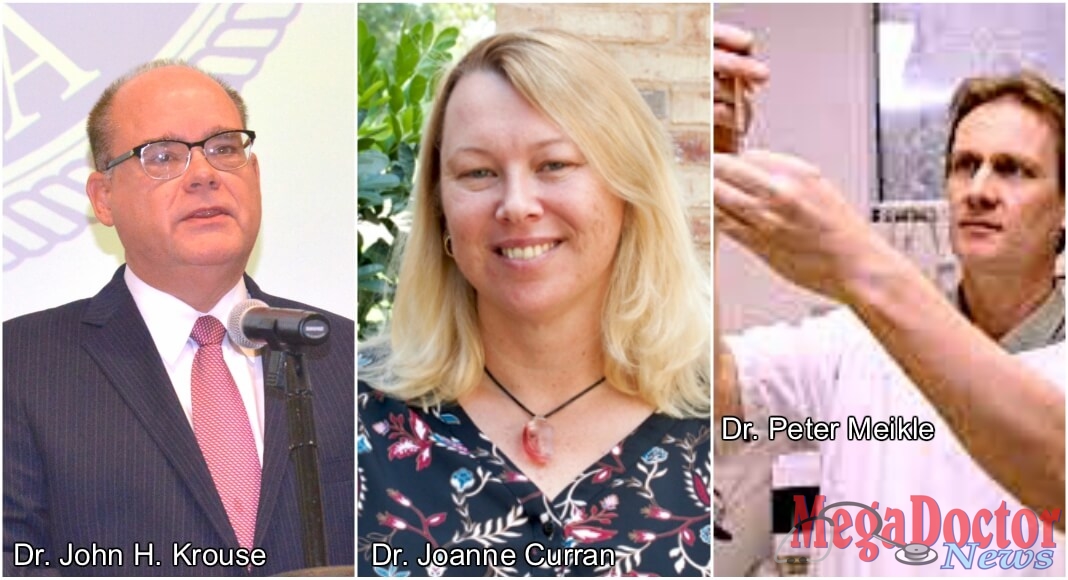 UTRGV researcher will study link between lipids and cardiovascular disease

RIO GRANDE VALLEY, TEXAS – Dr. Joanne Curran, of the South Texas Diabetes and Obesity Institute and the Department of Human Genetics at the UTRGV School of Medicine, has received a four-year, $2.36 million grant from the National Institutes of Health’s National Heart, Lung, and Blood Institute to study the relationship between human lipid variation and cardiovascular disease.

“This grant supports the UTRGV School of Medicine’s mission of engaging in research that will lead to innovations in the prevention and treatment of common illnesses in the Rio Grande Valley, such as cardiovascular disease, and will improve health outcomes for patients in the Valley and beyond,” said Dr. John H. Krouse, dean of the UTRGV School of Medicine and vice president of Health Affairs at UTRGV.

The project, “Genetic Determinants of Lipidomic Variation and Their Role in Cardiovascular Disease Risk,” seeks to identify specific genes that influence lipid variation and the risk of developing cardiovascular disease.

Lipids, like cholesterol and triglycerides, are important for the normal function of our cells and are important in human health. The breakdown of lipid function has been associated with many diseases such as heart disease, diabetes, Alzheimer’s disease and even psychiatric diseases.

Curran and Dr. Peter Meikle, an associate professor and head of the Metabolomics Laboratory at the Baker Heart and Diabetes Institute in Australia, are principal investigators of this grant.

Curran and her team of researchers will use plasma samples STDOI has collected from large families of Mexican Americans who have participated in the institute’s ongoing research on heart disease, diabetes, obesity and related disorders, to generate lipid profiles for each sample. Then they will use whole genome sequence data to identify genes that influence lipid variation and cardiovascular disease risk.

“We’re looking for genes that are both influenced by lipids and have an influence on cardiovascular disease,” Curran said. Researchers will look at 2,500 samples, some going back more than 25 years, from participating families to identify changes in lipid levels over time, to see if there is also a change in risk for cardiovascular disease.

UTRGV scientists, along with colleagues from the Baker Heart and Diabetes Institute in Australia, plan to measure more than 700 lipid species – the components that make up more complex lipids such as HDL and LDL cholesterol – which are genetic traits passed down in a family from parents to children, to identify lipids that influence cardiovascular disease.

Curran said she hopes the genes identified will lead to the development of medications for cholesterol management and the treatment of cardiovascular disease.

“Cardiovascular disease is the leading cause of death globally, posing a huge economic burden,” Curran said. “The ability to identify genes that are causally involved in disease risk provides an unparalleled opportunity to quickly determine biological pathways involved in disease pathology. A better understanding of the genetic contribution to lipid variation and the development of cardiovascular disease will provide novel approaches for the characterization, treatment and potential prevention of this costly disease.” The grant will run through December 31, 2021.