by Michigan Medicine – University of Michigan

Newswise — After a biopsy comes back positive for prostate cancer, patients and their doctors are often left with a choice between taking a watch-and-wait approach, known as active surveillance, or proceeding with surgery or radiation.

And identifying which patients will benefit from more immediate and aggressive treatment isn’t always clear.

A new, University of Michigan-led study analyzing data from more than 850 patients across the state of Michigan, however, found a commercially available genomic test known as Decipher Biopsy may help identify patients who are at high risk of cancer progression.

Veracyte, the company that makes the tests, did not sponsor the study or play a role in the analysis.

Between February 2015 and October 2019, 855 patients participating in the state Michigan Urological Surgery Improvement Collaborative registry underwent testing with the Decipher Biopsy test after being diagnosed with prostate cancer —  one of the first real-world, observational studies of a commercially available genomic test designed to aid in decision-making after an initial diagnosis.

The research team found the data supported the clinical utility of the Decipher Biopsy test, according to findings published in Prostate Cancer and Prostatic Diseases.

The analysis found men with a high Decipher score who were placed on active surveillance had a shorter time before active treatment was needed, Vince said. And for those who underwent surgery to remove the prostate gland, high scores were associated with shorter time until their prostate-specific antigen (PSA) levels went up again or when they were put on anti-androgen therapy.

Meanwhile, G-MAJOR, an ongoing clinical trial led by study senior author Todd Morgan, M.D., a member of the U-M Rogel Cancer Center who heads the division of urologic oncology at U-M, is evaluating the use of Decipher and other similar molecular classifying

tests in lower-risk prostate cancer to more fully evaluate their clinical utility. The trial is also being led by study co-author Daniel Spratt, M.D., formerly of U-M and now chair of the Department of Radiation Oncology at Case Western Reserve University. 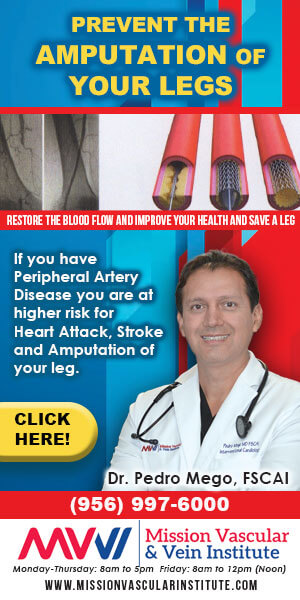 CDC recommends vaccination for people at risk for getting mpox.

The new, 15-bed Inpatient Rehabilitation Center is equipped with every service a patient needs.

Gov. Greg Abbott and the Texas Legislature approved $282.5 million in funding for the construction and design of a new hospital in the Dallas-Fort Worth area.

Checking Blood Pressure in a Heartbeat

Experiments were performed on 25 people with different skin tones and under changing light conditions, overcoming the limitations reported in previous studies.
- Advertisement -