For more than a decade, the cloud of vaping has encompassed more and more kids in the United States. Now, with a new school year underway, educators and health experts are building on recent progress as they enter the latest round of the vaping fight.

Research into the health impact of electronic cigarettes is still unfolding, but ill effects are beginning to be revealed.

There’s evidence that teens who vape now may smoke later – a troubling finding that follows decades of significant progress in reducing cigarette smoking among youths. A scientific statement by the American Heart Association reported that people who use e-cigarettes may face increased risk of asthma. Using e-cigarettes also can lead to respiratory disease, stiffer arteries, higher blood pressure and trouble sleeping. And even exposure to secondhand vapor– being around someone vaping and inhaling the aerosol – may pose dangers.

Those concerns are compounded by the fact that vaping is virtually inescapable in a young person’s environment.

In a 2021 national survey, nearly 60% of middle school and high school students reported that they first tried e-cigarettes because a friend used them. And friends were the most common way youth accessed e-cigarettes. Family members were another common source.

“There definitely has been a reduction as more awareness has been brought to it,” she said.

She and her colleagues have been fueling that growing awareness among their students. The school has hosted informational sessions for parents and students highlighting the potential health and psychological dangers of using e-cigarettes and other tobacco products.

In one session, local law enforcement advised parents to watch for attitude or mood changes and how to spot signs of substance use around the home. People who vape may also be thirstier and have more nosebleeds. Or parents might smell a scent they’re unable to identify even if they never see the easy-to-conceal products, which don’t produce smoke like traditional cigarettes.

Meanwhile, for students caught using e-cigarettes at school, the response has begun to shift from punitive to supportive. While in the past a one-day suspension was common, educators more often engage parents and refer the student to a counselor to meet with the student and help educate the parents about the addictive products and effective strategies to help young people quit. The counselors “are part of the team approach we have,” Michalski said.

Shenendehowa High also piloted a program in which students caught vaping read news articles and watch videos about the topic and then write a short essay on what they learned and how they could better handle things like peer pressure.

“The ultimate goal is to change the behavior,” Michalski said. “We want to teach the student that vaping has major health effects, and it can lead to addiction and potentially the use of other drugs in the future.”

Changing behavior is also the objective for several national anti-vaping initiatives, which are demonstrating an impact in research so far. These include:

In addition, the FDA has teamed up with a publishing company to create a range of anti-vaping messaging resources for educators.

At Boston University’s Rapidly Advancing Discovery to Arrest the Outbreak of Youth Vaping Center, which is funded by the AHA, one project focuses on developing and testing a virtual reality intervention to help high schoolers avoid or quit vaping. The project’s principal investigator, Belinda Borrelli, and her team have worked extensively with high schoolers to learn their views on current quit-vaping programs and how to design engaging and effective new programs. The team is using its data to develop a state-of-the-art virtual reality intervention to be administered in schools.

“It’s important that the intervention doesn’t feel ‘schoolish’ and to also engage teens regardless of their motivation to quit,” she said.

Anti-vaping efforts by parents, educators, advocates and public health officials appeared to get a boost in June, when the FDA ordered Juul Labs to stop selling and distributing its products, citing a lack of data about potential health risks. That action has been temporarily put on hold administratively and in court.

If Juul products, popular with teens, end up being removed from the market, it’s encouraging news, said Michalski. “If we could make e-cigarettes less accessible, I think it would help.”

Strong regulation at the federal, state and community level is an important tool to reduce use of all types of nicotine products, said Dr. Naomi Hamburg, a principal investigator and director of BU’s youth vaping research center.

“We need to think about overall public health strategies for regulation that are going to reduce combustible cigarette use as the No. 1 goal and limit or stop” all nicotine product use among youth, she said. 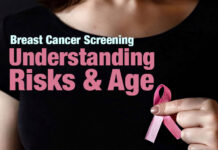