By University of Texas Health Science Center at Houston

Newswise — Areas within Texas’ major metropolitan cities where residents are at the greatest risk for hospitalization and critical care due to COVID-19 have been mapped for the first time by researchers at The University of Texas Health Science Center at Houston (UTHealth).

The study team at UTHealth School of Public Health expanded on their earlier analysis of the Houston area to include three more Texas cities. Based on data from the American Community Survey Five-Year Summary from the U.S. Census Bureau, and the 500 Cities Project from the Centers for Disease Control and Prevention (CDC), the researchers identified risk factors for hospitalization and critical care in Dallas, Austin, and San Antonio, Texas.

For the report, the team, which included School of Public Health faculty associates Dritana Marko, MD, and Thomas Reynolds, Ph.D., worked to identify the locations where severe coronavirus disease cases requiring hospitalization are most likely to appear. The researchers also identified areas where the social safety net is more likely to be stressed.

“The areas where these two factors coincide represent the most vulnerable segments of the metro population. We hope this report can highlight what regions should be assigned priority in outreach efforts from hospitals and community-based organizations, as well as the resource planning and allocation decisions of local authorities,” said Stephen H. Linder, Ph.D., professor and director of the Institute for Health Policy at UTHealth School of Public Health, who led the study.

The analysis shows that the areas of Dallas with the greatest concentrations of residents at risk for severe illness (Map 1a) from COVID-19, which are shaded in red, are primarily located in neighborhoods south of Interstate 30 and east of Interstate 35. These include portions of Oak Cliff, Cedar Crest, and South Dallas. West Dallas also has a high concentration of residents at risk for severe illness. Underlying health conditions that increase the likelihood of developing a severe case of COVID-19 include heart disease, history of stroke, obesity, chronic obstructive pulmonary disease (COPD), asthma, diabetes, and kidney disease.

Those with heart disease, COPD, or diabetes are at higher risk for developing critical illness from COVID-19, requiring hospitalization and access to intensive care and ventilators. Areas in tan on the map show a high concentration of residents with these risk factors. They include South and Southeast Dallas.

On the map, the hatched areas reflect the highest concentration of residents living in poverty. Many of the areas in Dallas at greater risk of severe and critical COVID-19 cases are located in these regions.

Areas in Austin where residents have the highest concentration of risk factors for developing severe cases (Map 2a) of COVID-19 are located predominately in East (east of Interstate 35 and north of Highway 71) and North Austin (north of Highway 290). Much of this population lives in poverty, but a majority of the residents are under the age of 60.

Areas where residents have the highest risk for developing a critical case (Map 2b) of COVID-19 care (over age 60 and diagnosed with one or more chronic diseases) are located in East Austin near the southern city limits (shown in red). The west side of the Lakeway/Lake Travis area also has a higher concentration of risk factors for needing critical care. These areas, however, do not have high concentrations of residents living in poverty.

In San Antonio, three regions have populations with the greatest risk of developing a severe COVID-19 case (Map 3a). Those areas are East and Southeast of Downtown, north, and south of Interstate 10, but inside of the Connally Loop (Interstate 410), the South Central area of San Antonio north of Southwest Military Drive, and the West side of the city, areas both north of Interstate 35 and north of Highway 90.

Areas of San Antonio with the greatest concentration of residents with risk factors conducive for critical COVID-19 cases (Map 3b) include the East and West portions of Downtown, as well as the South-Central area north of the 410 Loop. In these areas, residents have high rates of heart disease, COPD, and diabetes. Locations in the far southeast portion of the city, along the East 410 Loop, and to the North and West of Downtown also have a high concentration of residents with multiple risk factors in addition to a high concentration of people over age 60. As shown by the hashing on the map, a majority of these locations also have relatively high rates of poverty. 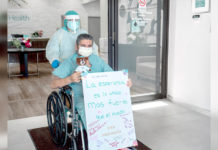 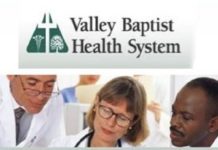 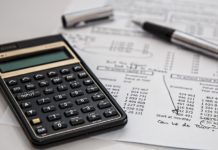