Newswise — While summer typically means more time outside, the season also brings an increased threat of tick bites. These parasites can be relatively harmless, but they can also carry and spread illnesses like Lyme disease.

“Lyme disease is caused by the bacterium Borrelia burgdorferi and less often, Borrelia mayonii,” Dr. Sundaram said. “It is transmitted to humans and animals through the bite of an infected black-legged tick commonly known as a deer tick. Most humans are infected through the bites of immature ticks called nymphs. Nymphs are tiny (less than 2 mm) and difficult to see; they feed during the spring and summer months.”

“Ticks can attach to any part of the human body but are often found in hard-to-see areas such as the groin, armpits and scalp,” Dr. Sundaram said. “In most cases, the tick must be attached for 36 to 48 hours or more before the Lyme disease bacterium can be transmitted.”

If you find a tick on your body and believe you may have contracted Lyme, your doctor can run tests to confirm a diagnosis.

“Most Lyme disease tests are designed to detect antibodies produced by the body’s immune system in response to the infection,” Dr. Tank said. “The lab test is a two-step process. Typically, if the first step is negative, then no further testing is needed. Antibodies may take a few weeks to develop after exposure, so it is important to check in with a doctor to determine if, and when, Lyme disease testing is necessary.”

Lyme disease can present itself in many ways. Based on the timeline of infection some individuals experience intense illness while others experience mild symptoms.

“How you feel with Lyme disease can depend on how long you have had it,” Dr. Tank said. “In the early stage, the first thirty days or so, it is most common to feel joint pain, fevers, chills and swollen lymph nodes with fatigue. Approximately 70 percent of infected persons develop a rash in the shape of a target lesion, or ‘bull’s eye’ appearance. In the later stages of the disease, without treatment, severe headaches, nerve pain, heart palpitations and joint swelling are common. It’s even possible to develop what is known as Bell’s palsy, or facial paralysis involving facial droop on one or both sides of the face.”

Time is an important factor when dealing with a tick bite. Speak with a doctor immediately if you start experiencing symptoms after a tick bite. 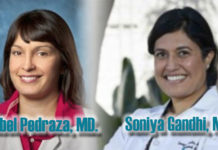 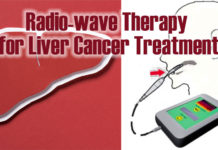 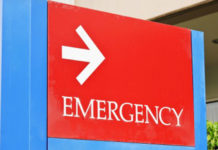