AUSTIN – Standing in a near-empty auditorium in the Texas Medical Association (TMA) headquarters, Houston emergency physician Diana L. Fite, MD, today took the oath of office to become the 155th president of America’s largest state medical society. TMA installed Dr. Fite as president before a live and online gathering of the organization’s Board of Trustees and outgoing president David C. Fleeger, MD. The TMA House of Delegates policymaking body elected Dr. Fite last year to serve as president-elect for one year before assuming the presidency today.

The new president said “the world and our own medical world have changed abruptly and drastically” since she began envisioning her installation speech shortly after winning election. She applies a favorite motto to these changes: “I may not always have a say in what happens to me, but I always have a choice about how I respond to it.”

The installation of TMA’s president normally occurs in a ballroom full of 500 physician and medical student delegates from across Texas during TexMed, the association’s annual conference. In May 2019, nobody anticipated her installation as president would happen with just a handful of people in the room, under public-gathering limits imposed as a result of the COVID-19 pandemic.

Little time exists for fanfare, as nearly 30,000 Texans fight or have recovered from COVID-19, and thousands of physicians and other health care workers battle to heal and protect them and everyone else. Many physicians are also fighting to protect their own medical practices, many of which have been affected financially by this crisis. Dr. Fite takes the reins in the middle of this storm.

While stay-at-home measures and curtailing elective medical procedures and visits seem to have helped “flatten the curve,” Dr. Fite pointed to big problems now and ahead.

“Doctors’ practices are in horrible financial shape… many employees now are without jobs… hospital-based physicians are having salaries cut and losing hours of work… while many of us place ourselves and our families in harm’s way,” said Dr. Fite.

Before the worst pandemic in a century took precedence, Dr. Fite identified priorities for her and TMA to tackle during her yearlong term leading the organization. She still intends to address them once the current crisis passes.

Bureaucratic interference in medicine tops her list. She also feels urgency to convince lawmakers to improve physicians’ payments for caring for Medicaid patients, saying the current situation has reached “a very dangerous point.” (Most physicians have not seen Medicaid payment rates increase in more than 20 years, and physicians’ acceptance rates for new patients insured by the state-federal program are traditionally among the lowest.)

As an emergency physician who works in several Harris County emergency departments, she is deeply troubled by time spent logging data into a computer.

“Electronic medical records (EMRs) have turned us into data processing clerks,” Dr. Fite said. She believes the system should be improved, including making EMR systems “talk” to one another so they will allow physicians to easily see what diagnoses the patients have and what testing already has been done.

She also believes the system of quality metrics hospitals demand of physicians can be detrimental to good patient care. She describes needing to see so many patients per hour, and she is concerned about the quality of patients’ care as a result.

Dr. Fite wants health insurance companies to wield less power over patient care decisions through their constant demands to preapprove medications, tests, and treatment plans. She also wants to see health plans adhere to the “prudent-layperson standard” for what constitutes an emergency, instead of refusing to pay for care later after a patient visits an emergency department with a legitimate concern that he or she had a medical emergency.

Bottom line, health plans need to “cover what they have told their clients that they will cover,” Dr. Fite said.

She has battled for physicians and good patient care throughout her four decades as a member of TMA and the Harris County Medical Society (HCMS). Dr. Fite has served on nearly 25 different boards, councils, or committees. Prior to serving as TMA president-elect, she chaired and served as secretary of the association’s Board of Trustees, TMA’s governing body. She also chaired TMA’s Council on Medical Education and several committees.

Dr. Fite also has represented HCMS as a delegate at every meeting of TMA’s House of Delegates policymaking body since 1986 (including through the arrival of seven of her eight children). In addition, she has represented doctors from her home state in the Texas Delegation to the American Medical Association since 2003.

Dr. Fite is board certified in emergency medicine and has practiced in Houston for 40 years.

Dr. Fite is the mother of eight and has more than a dozen grandchildren, with whom she enjoys spending much of her time when not seeing patients. Although her father was a physician, she believes becoming a physician was God’s purpose for her, and she feels guided by her faith. 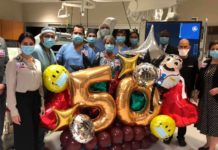 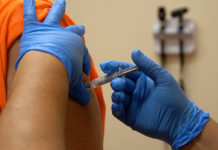 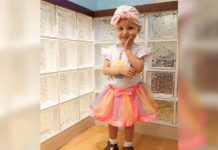 Nursing Homes Warn of Third Spike of COVID Cases Due to...

DHR Health Institute for Research and Development and DHR Health Are...