The bottom line: Polio, a disease that once terrified Americans, is a vaccine success story. Polio, or poliomyelitis, is a crippling and potentially deadly disease caused by a virus. Even though polio cases are rare, parents need to be vigilant about vaccinating their kids to keep it from returning to the United States.

Polio, a disease that once terrified Americans, is a public health success story. Widespread adoption of a vaccine eradicated the crippling disease in the United States in 1979. Polio also nearly has been eliminated worldwide, thanks to that vaccine.

Before the polio vaccine became available in 1955, the disease crippled 35,000 Americans every year, according to the Centers for Disease Control and Prevention. Polio’s paralysis claimed thousands of people, and thousands of children died.

Youngsters had to live in respirators called “iron lungs” to help them breathe because polio ravaged their muscles. Swimming pools closed out of fear people could catch the virus there. People avoided crowded movie theatres for the same reason.

After people widely took the vaccine, the number of Americans crippled by polio plummeted to fewer than 10, in the 1970s.

“I’m old enough to have seen the ravages of polio,” said Austin internist and Texas Medical Association (TMA) Council on Science and Public Health member William M. Tierney, MD. “I had a friend in high school with one leg crippled by polio.”

Dr. Tierney’s mother also caught polio in the hospital when she gave birth to his younger brother. “Although she recovered fully, she was hospitalized for a year,” said Dr. Tierney, professor and founding chair of the Department of Population Health at The University of Texas at Austin Dell Medical School.

Dr. Tierney also saw many Kenyans young and old crippled by polio as he cared for patients and conducted research in the African nation.

Even though polio cases now are rare, Texas parents need to be vigilant about vaccinating their kids to keep it from returning, the TMA’s Texas Medicine magazine reports.

Polio, the common name for poliomyelitis, attacks muscles, especially in the arms and legs, and those used for breathing. “Polio infection feels like the flu,” said Dr. Tierney. Symptoms can include sore throat, fever, headache, and nausea. As the body fights polio, the virus can invade the brain and spine to cause paralysis that can be permanent in some people. No cure exists.

Because polio is still a problem in some Asian and African countries, people who travel could bring it to the United States again. Until polio is gone everywhere, it can still spread.

Two types of polio vaccine   polio vaccine (IPV) and oral polio vaccine (OPV). Only IPV is used in the United States because it is safer and works better. Four shots (given at 2, 4, and 6-18 months, and at 4-6 years) are needed to give almost 100 percent protection from polio.

“We are on the verge of eradicating polio worldwide – something that has only happened once before, with smallpox in 1980,” said Dr. Tierney. [Before its eradication, smallpox killed millions of people worldwide.] “The disappearance of polio and smallpox – two scourges that wreaked havoc on mankind – are evidence that vaccination works and that recommended guidelines for vaccination should be followed by everyone.” 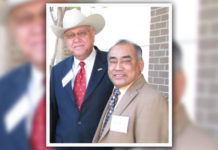 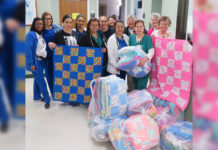 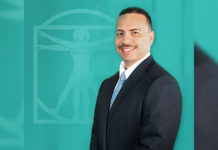