Michael J. Darrouzet, the long-time chief executive of the Dallas County Medical Society, will be the Texas Medical Association’s (TMA’s) next executive vice president and chief executive officer, TMA Board of Trustees Chair E. Linda Villarreal, MD, announced today. “The TMA Board of Trustees takes very seriously our responsibilities to guide and nurture this wonderful organization,” Dr. Villarreal said. “We look forward to a future full of continued TMA success under Michael’s management. This is a transition that is 100-percent supported by the Board of Trustees.”

When he begins his new position on Sept. 1, Mr. Darrouzet will become just the fourth executive vice president in TMA’s 166-year history. His predecessor, Louis J. Goodman, Ph.D.,who is retiring this year, has managed the association since 1997.

Mr. Darrouzet called his selection “truly an honor.” He said, “I am grateful to the TMA Board of Trustees for their confidence and support.  I look forward to working with the incredible TMA staff and all the county medical societies, many whom I have worked with for years. Together, we will work hard to continue the strong support of the physicians and patients of Texas.”

With more than 7,500 physician and medical student members, the Dallas County Medical Society (DCMS) is the second-largest county medical society in the country. In an interesting twist of fate, Mr. Darrouzet became CEO of DCMS on Jan. 1, 1997, the same date Dr. Goodman began his 22-year run at the helm of the TMA. Mr. Darrouzet also spent nearly eight years as the No. 2 staff person at DCMS.

“I can’t imagine anyone better prepared for this position,” said Dr. Goodman, who helped the TMA trustees in their nationwide executive search. “Michael has worked alongside some of Dallas’ finest physicians, and he trained under the legendary Bob Heath. TMA is in good hands.” (Robert J. Heath served as DCMS’ executive officer from 1975 to 1997. Mr. Darrouzet was Mr. Heath’s deputy for eight years.)

Prior to joining DCMS, Mr. Darrouzet served as assistant administrator of Brookhaven Hospital in Dallas and as of Willowbrook Hospital in Waxahachie. He is the former president and chairman of the board of the North Texas Accountable Healthcare Partnershipand currently serves on the board of directors of the Parkland Foundation and the Southwest Transplant Foundation.

Mr. Darrouzet is a former board member and past president of the American Association of Medical Society Executives (AAMSE). In 2017, he was named a member of the inaugural class of the Recognized Fellows of AAMSE for his “exceptional leadership, dedication, and longstanding commitment to professional medical society management.” Mr. Darrouzet earned his Bachelor of Business Administration in finance from The University of Texas at Austinand his Master of Science in health care administration from Trinity University in San Antonio. He and his wife, Anne, are the parents of three daughters. In his spare time, he plays in a Dallas rock band and crafts custom acoustic guitars.

TMA is the largest state medical society in the nation, representing nearly 53,000 physician and medical student members. It is located in Austin and has 110 component county medical societies around the state. TMA’s key objective since 1853 is to improve the health of all Texans. 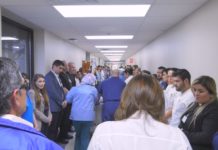 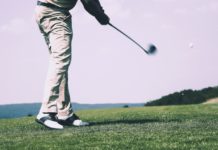