Study Highlights:Out-of-hospital cardiac arrest was the third leading cause of “health loss due to disease” in the United States behind ischemic heart disease and low back/neck pain in 2016.

Bystander interventions, such as CPR and AED application, significantly reduce death and disability due to out-of-hospital cardiac arrests.

Dallas, Tx – Out-of-hospital cardiac arrest was the third leading cause of “health loss due to disease” in the United States behind ischemic heart disease and low back/neck pain in 2016, according to new research in Circulation: Cardiovascular Quality and Outcomes, an American Heart Association journal.

This groundbreaking study is the first to estimate disability-adjusted life years (DALY) – which measures the sum of years of life lost prematurely and years lived with disability due to disease– among those who experienced non-traumatic out-of-hospital cardiac arrest in the United States.

Cardiac arrest is an abrupt loss of the heart’s ability to pump, which leads to death within minutes if not treated. Its effect on years lost to premature death and disability is currently unknown.

Researchers found: Disability-adjusted life year rates for out-of-hospital cardiac arrest were 1,347 per 100,000 individuals, ranking it as the third leading cause of health loss due to disease in the United States behind ischemic heart disease (2,447) and low back and neck pain (1,565); Individuals who experienced out-of-hospital cardiac arrest lost an average of 20.1 healthy years; and at the national level, this resulted in 4.3 million healthy life years lost, representing 4.5 percent of total DALY in the country.

Survival to hospital discharge was higher for those who received bystander CPR than for those who did not (21.5 percent vs. 12.9 percent); Bystander CPR alone was associated with 25,317 healthy life years saved; and

Researchers noted that women tended to have higher DALY values than men, as well as Caucasians, compared to African Americans. Additionally, race was associated with higher DALY compared with Caucasians.

“Many cardiac arrests occur outside of the hospital, and our results show that bystander interventions reduce death and disability, underscoring the importance of bystander CPR and AED education, as well as national cardiac arrest surveillance,” said Ryan A. Coute, D.O., lead study author and Emergency Medicine resident at the University of Alabama at Birmingham.

“Cardiac arrest is unique because survival is dependent on the timely response of bystanders, medical dispatch, EMS personnel, physicians and hospital staff,” said. “We hope that the results of our study provide an opportunity to emphasize the fact that ‘cardiac arrest’ and ‘heart attack’ are not synonymous. Our results may also help inform funding agencies and policymakers regarding how to best utilize limited resources to improve public health.” 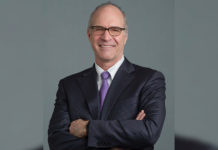