(AUSTIN) – The General Internal Medicine Statewide Preceptorship Program (GIMSPP) is curating 56 students this summer to work with 48 Internal Medicine physicians across the state of Texas.  The physician preceptors are all volunteers, recruited each year with the specific intent of getting new medical students interested in pursuing primary care after medical school.  A total of 2,543 students have been matched through GIMSPP since its inception in 1995.

The GIMSPP places medical students with General Internists across the state for two, three or four-week preceptorships during the student’s summer break. Students from Texas medical schools who are in their first and second year of medical school participate in the program.  They receive one-on-one experience in the clinical, administrative, and patient communication realms of practicing medicine.

“My preceptorship was more rewarding than I could ever imagine. Many things I learned during my first year were reinforced during the last four weeks,” said one student of the program.  “I am now convinced that I will be pursuing general Internal Medicine after leaving medical school.”

The program was funded in previous years by a grant administered by the Texas Higher Education Coordinating Board (THECB) to advance primary care in Texas. That funding was cut completely in 2011.  The program is now curated by the nonprofit, the Texas Chapter of the American College of Physicians (TXACP), with the purpose of supporting educational and scientific activities.  Donations for the program are being accepted through the TXACP Foundation, and new grant opportunities are also being pursued.

Even without the ability to offer stipends to cover students’ cost of living for the summer, the program has continued to hold steady its enrollment numbers over the last three years, reaching the goal of matching at least 50 students each year.

“This program works,” says Dr. Eugene Stokes, Co-Chair of the Medical Student Committee and GIMSPP Advisory Council for TXACP.  “The percentage of students pursuing Internal Medicine because of their experience in the GIMSPP is around 36%, which is higher than the national average.  The numbers don’t lie, and neither do the students who offer consistently positive feedback.”

“GIMSPP isn’t just good for the students, it’s good for the preceptors,” says Nicole Abbott, Executive Director of TXACP. “Our Decade of Service preceptors have been serving students in this program for ten years, without any incentivizing pay.  It is clear to us that matching interested, eager students with great doctors who are also great teachers produces positive outcomes for Internal Medicine.” 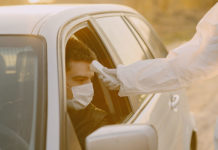 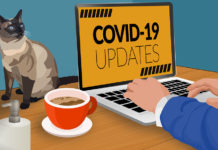 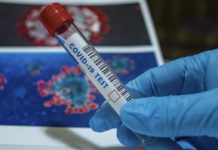