Publisher’s Note: Mega Doctor News is presenting the 1998 Nobel Prize of Medicine because Dr. Louis J. Ignarro is one of the three scientists honored with this once in a lifetime honor. Dr. Ignarro was an important mentor of Dr. Carlos Ayala our Mega Doctor of April 2014.

The Nobel Assembly at Karolinska Institute has today (October 12, 1998) decided to award the Nobel Prize in Physiology or Medicine for 1998 jointly to Louis J. Ignarro, Ferid Murad and F. Furchgott

for their discoveries concerning “nitric oxide as a signaling molecule in the cardiovascular system”.

Nitric oxide (NO) is a gas that transmits signals in the organism. Signal transmission by a gas that is produced by one cell, penetrates through membranes and regulates the function of another cell represents an entirely new principle for signaling in biological systems. The discoverers of NO as a signal molecule are awarded this year’s Nobel Prize.

Robert F Furchgott, pharmacologist in New York, studied the effect of drugs on blood vessels but often achieved contradictory results. The same drug sometimes caused a contraction and at other occasions a dilatation. Furchgott wondered if the variation could depend on whether the surface cells (the endothelium) inside the blood vessels were intact or damaged. In 1980, he demonstrated in an ingenious experiment that acetylcholine dilated blood vessels only if the endothelium was intact. He concluded that blood vessels are dilated because the endothelial cells produce an unknown signal molecule that makes vascular smooth muscle cells relax. He called this signal molecule EDRF, the endothelium-derived relaxing factor, and his findings led to a quest to identify the factor.

Ferid Murad, MD and pharmacologist now in Houston, analyzed how nitroglycerin and related vasodilating compounds act and discovered in 1977 that they release nitric oxide, which relaxes smooth muscle cells. He was fascinated by the concept that a gas could regulate important cellular functions and speculated that endogenous factors such as hormones might also act through NO. However, there was no experimental evidence to support this idea at the time.

Louis J Ignarro, pharmacologist in Los Angeles, participated in the quest for EDRF’s chemical nature. He performed a brilliant series of analyses and concluded in 1986, together with and independently of Robert Furchgott, that EDRF was identical to NO. The problem was solved and Furchgott’s endothelial factor identified.

When Furchgott and Ignarro presented their conclusions at a conference in July, 1986, it elicited an avalanche of research activities in many different laboratories around the world. This was the first discovery that a gas can act as a signal molecule in the organism.

Nitric oxide protects the heart, stimulates the brain, kills bacteria, etc.
It was a sensation that this simple, common air pollutant, which is formed when nitrogen burns, for instance in automobile exhaust fumes, could exert important functions in the organism. It was particularly surprising since NO is totally different from any other known signal molecule and so unstable that it is converted to nitrate and nitrite within 10 seconds. NO was known to be produced in bacteria but this simple molecule was not expected to be important in higher animals such as mammals.

Further research results rapidly confirmed that NO is a signal molecule of key importance for the cardiovascular system and it was also found to exert a series of other functions. We know today that NO acts as a signal molecule in the nervous system, as a weapon against infections, as a regulator of blood pressure and as a gatekeeper of blood flow to different organs. NO is present in most living creatures and made by many different types of cells.
– When NO is produced by the innermost cell layer of the arteries, the endothelium, it rapidly spreads through the cell membranes to the underlying muscle cells. Their contraction is turned off by NO, resulting in a dilatation of the arteries. In this way, NO controls the blood pressure and its distribution. It also prevents the formation of thrombi.
– When NO is formed in nerve cells, it spreads rapidly in all directions, activating all cells in the vicinity. This can modulate many functions, from behaviour to gastrointestinal motility.
– When NO is produced in white blood cells (such as macrophages), huge quantities are achieved and become toxic to invading bacteria and parasites.

Importance in medicine today and tomorrow
Heart: In atherosclerosis, the endothelium has a reduced capacity to produce NO. However, NO can be furnished by treatment with nitroglycerin. Large efforts in drug discovery are currently aimed at generating more powerful and selective cardiac drugs based on the new knowledge of NO as a signal molecule.

Shock: Bacterial infections can lead to sepsis and circulatory shock. In this situation, NO plays a harmful role. White blood cells react to bacterial products by releasing enormous amounts of NO that dilate the blood vessels. The blood pressure drops and the patient may become unconscious. In this situation, inhibitors of NO synthesis may be useful in intensive care treatment.

Lungs: Intensive care patients can be treated by inhalation of NO gas. This has provided good results and even saved lives. For instance, NO gas has been used to reduce dangerously high blood pressure in the lungs of infants. But the dosage is critical since the gas can be toxic at high concentrations.

Cancer: White blood cells use NO not only to kill infectious agents such as bacteria, fungi and parasites, but also to defend the host against tumours. Scientists are currently testing whether NO can be used to stop the growth of tumours since this gas can induce programmed cell death, apoptosis.

Impotence: NO can initiate erection of the penis by dilating the blood vessels to the erectile bodies. This knowledge has already led to the development of new drugs against impotence.

Diagnostic analyses: Inflammatory diseases can be revealed by analysing the production of NO from e.g. lungs and intestines. This is used for diagnosing asthma, colitis, and other diseases.

Nitroglycerin
Alfred Nobel invented dynamite, a product in which the explosion-prone nitroglycerin is curbed by being absorbed in kieselguhr, a porous soil rich in shells of diatoms. When Nobel was taken ill with heart disease, his doctor prescribed nitroglycerin. Nobel refused to take it, knowing that it caused headache and ruling out that it could eliminate chest pain. In a letter, Nobel wrote: It is ironical that I am now ordered by my physician to eat nitroglycerin. It has been known since last century that the explosive, nitroglycerin, has beneficial effects against chest pain. However, it would take 100 years until it was clarified that nitroglycerin acts by releasing NO gas. 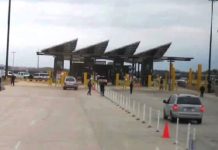 CBP to realign staffing and hours of operation across ports of entry, including Anzalduas Port of Entry 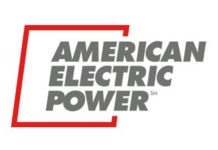