Many Texans, particularly the poor and elderly, live in areas that are far from medical care. Telemonitoring, the use of technology to monitor a patient’s health status remotely, is an emerging medical practice intended to help these patients.

Researchers from the Department of Industrial and Systems Engineering, the Department of Health Policy and Management and the health care industry have collaborated on a report that reviews the importance of telemonitoring technology for the Texas population. The report reviewed the successful implementation of a semi-autonomous home health monitoring system that measures the blood pressure and/or blood glucose level of a patient and alerts medical staff when either hits a dangerous level. Source: Newswise

Scientists have identified biomarkers that could form the basis of the world’s first blood test for diagnosing celiac disease. They discovered that exposure to gluten in people with celiac disease causes a rise in certain inflammatory molecules in the bloodstream that correlates with common symptoms.

The current method for diagnosing celiac disease can take weeks or months. It involves people having to consume gluten and experience the very unpleasant side effects for all of that time. A blood test could cut that time to hours. The biotechnology firm ImmusanT Inc., of Cambridge, MA, led the international team behind the recent discovery, which features in the journal Science Advances. Source: Medical News Today

The Food and Drug Administration (FDA) is warning people not to purchase or drink certain products sold online as a medical treatment for autism, HIV or AIDS, cancer, and other conditions. The products — known as Miracle or Master Mineral Solution, Miracle Mineral Supplement, MMS, Chlorine Dioxide (CD) Protocol, Water Purification Solution (WPS), among other names — have caused potentially life-threatening side effects, the agency said in a news release. “Consumers should pay careful attention to FDA warnings when it comes to consuming any product,” said Dr. Teresa Amato. “Currently, Miracle Mineral Solution has absolutely no usage for a medical indication,” she said. When mixed according to package directions, the products become chlorine dioxide, a powerful bleaching agent. Source: Healthline

The Food and Drug Administration on Wednesday approved a new antibiotic that, when combined with two existing antibiotics, can tackle the most formidable and deadly forms of tuberculosis. The trio of drugs treats extensively drug-resistant tuberculosis (XDR-TB), along with cases of multidrug-resistant tuberculosis (MDR-TB) that have proven unresponsive to other treatments. Tuberculosis is the single leading infectious killer in the world, infecting an estimated 10 million people in 2017 and killing 1.6 million of them. XDR-TB and MDR-TB are even more savage forms of the disease, which is caused by the bacterium Mycobacterium tuberculosis. The drug-resistant strains of TB kill an estimated 60% and 40% of their victims, respectively. MDR-TB strains can resist at least the two most powerful anti-TB drugs, isoniazid and rifampin. Drug-resistant strains of tuberculosis infected an estimated 558,000 people in 2017. Source: ARS Technica

5G is Being Used to Perform Remote Surgery from Thousands of Miles Away, and It Could Transform the Healthcare Industry

In January this year, cameras were on hand to film the jaw-dropping sight of the world’s first 5G remote surgery on a lab animal. Two months later, it was a human’s turn , when a doctor in the Chinese city of Sanya inserted a stimulation device in the brain of a Parkinson’s patient nearly 1,900 miles away in Beijing, according to state media. At this point, you’d be forgiven for thinking you were watching a sci-fi film set sometime in the future, but this is actually present-day surgery, thanks to 5G technology. Until now, remote surgery using wireless networks has been impossible, because the lag time between input and output lasts around a quarter of a second, sometimes as long as 2 seconds — a delay potentially harmful, possibly fatal, to a patient. Now, 5G promises to change all that, with its latency reduced to an almost instantaneous 2 milliseconds between devices. Source: Business Insider

What Parents Should Know about E-Cigarettes and Kids.

There is no FDA oversight of the manufacturing of these products—which means there is no oversight regarding potentially harmful ingredients.

All JUUL pods contain some nicotine—something many youths don’t realize. According to the manufacturer, one JUUL pod may contain as much nicotine as a pack of cigarettes. No e-cigarette has been found to be safe and effective by FDA in helping smokers quit. 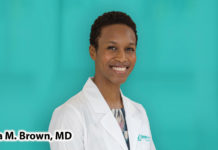 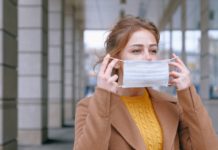