Newswise — Poor people and minorities appear to disproportionately suffer from problems with sleep and chronic disease, but the two do not appear to be directly linked, finds a new study in Ethnicity & Disease.

Prior research has firmly established that sleep problems contribute to poor health outcomes, including obesity, high blood pressure, heart disease and diabetes. In addition, previous studies have shown that difficulties with sleep, including sleeping too few hours and having restless sleep, occur more often among racial minorities and the poor.

Sleep problems afflict 25 to 30 percent of U.S. adults, the authors note, and prompt the expenditure of hundreds of billions of dollars in direct related medical costs. In various ways, sleep restriction causes bodily changes with profound implications for obesity and obesity-related illnesses. Hormonal changes promote excessive fat storage; they also stimulate appetite and block signals telling the brain that a person has eaten enough. Widespread though they are, sleep related problems are also “among the most treatable health problems,” say the researchers.

Study participants included 5,502 men and women aged 30 to 79 years, in three racial groups, Black, Hispanic and White. Each participant answered questions during an in-home interview regarding their health status and the quality and amount of their usual sleep. Baseline interviews took place between 2002 and 2005 with five year follow-up interviews between 2006 and 2010.

The researchers found that Black and Hispanic men were more likely than white men to report sleeping less than 5 hours each night (information on sleep duration was only available for men). Poorer men were also likelier to report short sleep. In fact, the authors found that being of a lower socioeconomic class was a greater driver of sleep disparities than were ethnic differences.

They also found that regularly having restless sleep in the baseline interview was associated with a 66 percent increase in the likelihood that a person would be obese five years later. Restless sleep was also associated with a person have a 50 percent greater risk for developing Type 2 diabetes or cardiovascular disease.  “While we found that restless sleep was more common in people with obesity, diabetes and heart disease, our data shows that the racial difference we saw in these diseases were not likely caused by these differences in sleep, “ said Piccolo.

Timothy Monk, Ph.D., professor of psychiatry and director of the human chronobiology research program at the University of Pittsburgh Medical School, called the study “a useful contribution to today’s important debate regarding metabolic health, obesity and sleep.” 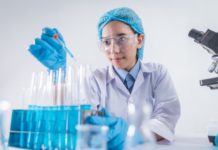 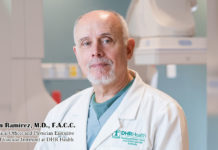