The U.S. Food and Drug Administration today approved Nerlynx (neratinib) for the extended adjuvant treatment of early-stage, HER2-positive breast cancer. For patients with this type of cancer, Nerlynx is the first extended adjuvant therapy, a form of therapy that is taken after an initial treatment to further lower the risk of the cancer coming back. Nerlynx is indicated for adult patients who have been previously treated with a regimen that includes the drug trastuzumab.

“HER2-positive breast cancers are aggressive tumors and can spread to other parts of the body, making adjuvant therapy an important part of the treatment plan,” said Richard Pazdur, M.D., director of the FDA’s Oncology Center of Excellence and acting director of the Office of Hematology and Oncology Products in the FDA’s Center for Drug Evaluation and Research. “Now, these patients have an option after initial treatment that may help keep the cancer from coming back.”

Nerlynx is a kinase inhibitor that works by blocking several enzymes that promote cell growth.

The safety and efficacy of Nerlynx were studied in a randomized trial of 2,840 patients with early-stage, HER2-positive breast cancer who completed treatment with trastuzumab within the previous two years. The study measured the amount of time after the start of the trial that it took for the cancer to come back or for death to occur from any cause (invasive, disease-free survival). After two years, 94.2 percent of patients treated with Nerlynx had not experienced cancer recurrence or death compared with 91.9 percent of patients receiving placebo.

Patients should be given loperamide for the first 56 days of treatment with Nerlynx and as needed thereafter to help manage diarrhea. Additional antidiarrheals, fluids and electrolytes should also be given as clinically indicated to help manage diarrhea. Patients who experience severe side effects, including diarrhea or liver damage (hepatotoxicity), should stop taking Nerlynx. Women who are pregnant or breastfeeding should not take Nerlynx because it may cause harm to a developing fetus or a newborn baby. 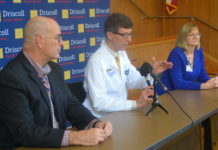 Driscoll at forefront of informing public about COVID-19 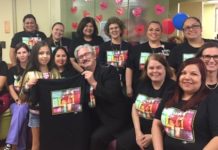 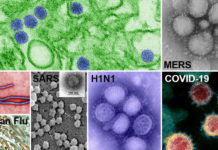 Mega Story: COVID-19 and Other Viruses and Diseases