On December 31, 2019, the World Health Organization (WHO) China Country Office was informed of cases of pneumonia of unknown etiology (unknown cause) detected in Wuhan City, Hubei Province of China.

From December 31, 2019, through January 3, 2020, a total of 44 case-patients with pneumonia of unknown etiology were reported to the WHO by the national authorities in China. During this reported period, the causal agent was not identified.

The Chinese authorities identified a new type of Coronavirus, which was isolated on January 7, 2020.

On January 11 and 12 of 2020, the WHO received further detailed information from the National Health Commission China that the outbreak is associated with exposures in one seafood market in Wuhan City, activating the epidemiologic alert systems worldwide. But why did this happen?

In the last 30 years, new diseases have appeared, called emerging diseases, some examples are: legionnaire’s disease, AIDS, hemorrhagic diseases like Ebola or H.P.S., but let’s proceed by asking, what is the Coronavirus?

The term Coronavirus was established by the Corona prefix, which denotes said appearance in its surface’s structural projections. It is considered as the principal veterinarian viral agent that affects the respiratory and intestinal tract as well as the central nervous system and the kidneys.

The 2019 Novel Coronavirus incubation can take as long as 2-14 days before any symptom shows up. Its primary transmission medium is by air. Coronaviruses transmit with less efficiency than Influenza, but in proportion, they are more severe based on S.A.R.S. and M.E.R.S. behavior.

Some symptoms are fever, cough, malaise, lack of air, and respiratory distress. Leukopenia or Lymphopenia was found in laboratory research. High-risk groups are middle-age people who are immunocompromised and people with chronic illness.

Mortality is rated at 2-10%, and the diagnosis is made by a process called B.C.R., there is no antiviral medicine for Coronavirus neither vaccines, only support measures. What’s interesting about this case is that this is a new Coronavirus never before described in humans.

Wuhan, China, is the main focus of attention right now due to a massive contagion of it. Right now, the question is: How did this Virus get into humans? It is known that there is a relation between the Virus and some seafood coming from that city.

There is talk of serpents, bats, or even fish, but most likely (as they said) it is from a snake, the lined Krait, or Chinese Krait. It is a poisonous serpent coming from south-east Asia, and it seems to be the origin of the Virus. That is why the market has been closed temporarily for further investigations, healing, and disinfection.

Now, what about the rest of the world? It is still to be seen if this Virus will spread out of China when it’s transmitted to different regions or not just as imported cases. If that’s the case, we have a grace period to set up the intense therapies and enlarge its mechanic ventilation systems. Laboratory research and investigation is critical to detect a virus outbreak and its intensity.

Every country should have the capacity to detect the Coronavirus and a control strategy; this new illness is based on three main pillars: early detection, isolation, and contact management. The best approach to limit the transmission inside the hospital is isolation. The healthcare personnel must wear masks, protective glasses, and must wash their hands before and after attending a patient.

What recommendations should be given to the population? To keep good respiratory hygiene with masks and hands as well as healthy practices when washing food, avoid people with active symptoms coming from Asia. A suspect case is a person of any age with fever, severe respiratory illness, and background of traveling to Wuhan, China, or a person that has been in contact with a confirmed case or a case under investigation for 14 days when the symptoms started. A confirmed case is a person who meets the requirements of the operational suspect case and has the complete and verified diagnostic given by the diagnostic Laboratory of epidemiologic reference.

How are we currently doing? Until January 21, 2020, five countries have reported 283 confirmed cases to the P.A.H.O., 278 in China including six deaths, one case in Japan, two in Thailand, one in South Korea, and one in the U.S.A.

There were some suspected cases in Mexico, and only one has been discarded to date. Reports are coming daily; this information could change from one day to another. 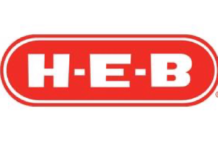 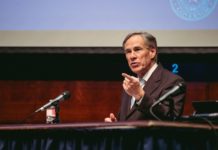